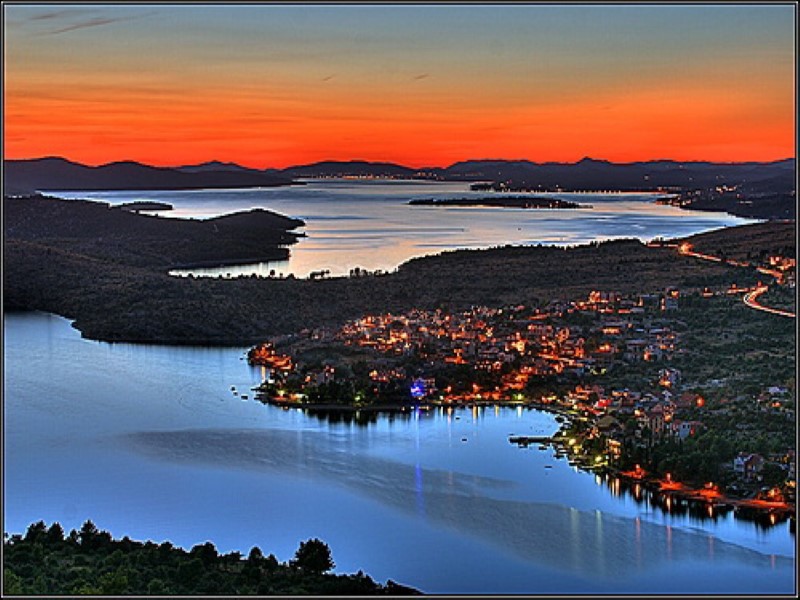 The Krka National Park is one of the most beautiful ones in Croatia. It is home to a lake that exudes power and complements its image of natural beauty.

The name of this lake is Lake Prokljan, and it covers an area of 11 square kilometers (4 square miles). As for its whereabouts, take a closer look at the lower course of the Krka River, and a narrow channel that leads to Šibenik harbor and connects it to the sea.
Due to this connection, the water is salty in the lower layers, and closer to the surface, there is freshwater. In the northern part of the lake, there is a small island called Stipanac, after the St. Stephen Church which used the be there in the ancient times. This islet is very popular among tourists because of its location. If you happen to find yourself going upstream the Krka River, you will come upon the Krka National Park.

Thanks to Lake Prokljan, the local hospitality offer is quite rich and interesting, and among other things, provides tourists with local specialties like eel, freshwater European pilchard or ‘čokalica’ as the locals refer to it, as well as ‘golac’ which is a tiny 1 cm long fish.

Moreover, Lake Prokljan is a natural phenomenon known as cryptodepression. In other words, the surface is above sea level, and the bottom is below sea level. This lake, being a part of the Krka National Park, significantly contributes to the growing number of tourists coming to take a picture of its beauty and that of its surroundings.

Information by: Benkovac Tourist Board