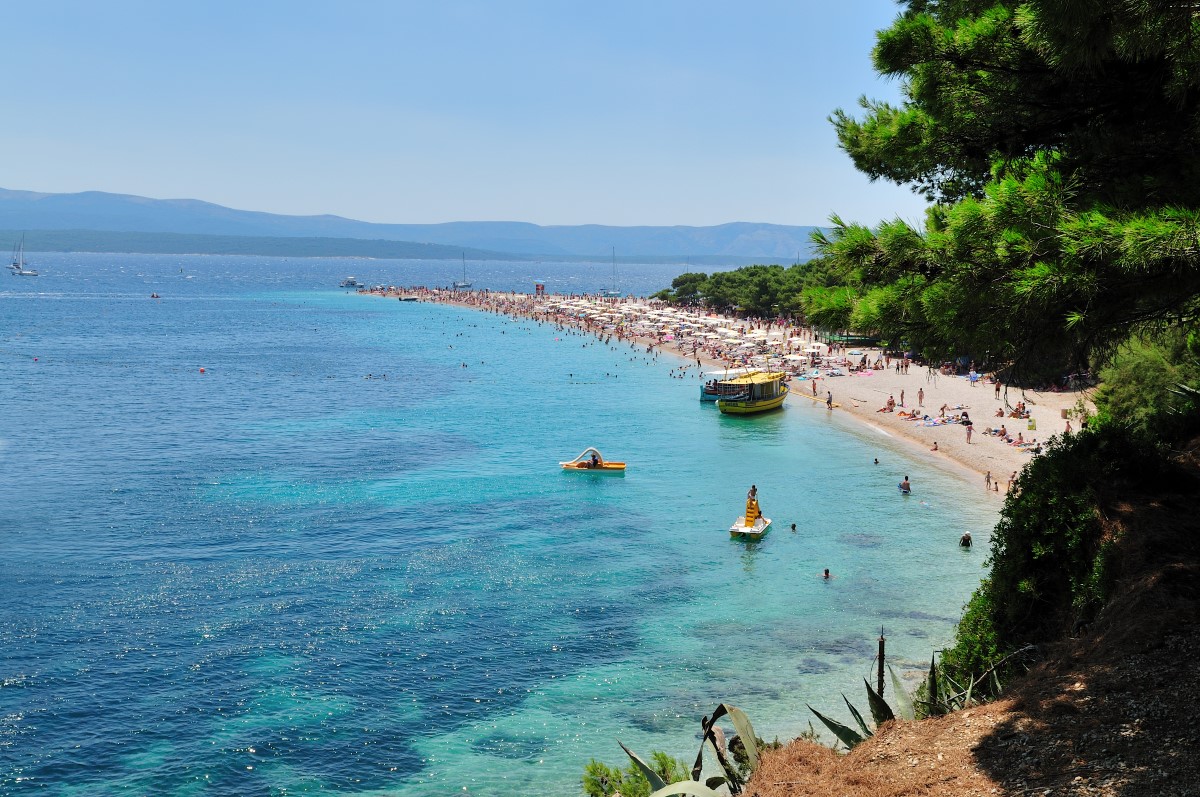 Zaostrog is a village settlement in the southern part of the Makarska region, under the municipality of Gradac. It is set in the natural and spacious bay, surrounded with tall and steep cliffs of the mountain massif Biokovo – Rilić. Southern slopes of the Rilić mountain with a peak Šapašnik (920 m) surround Zaostrog from its northern part, Viter (770 m) from the east, and mild green Plana (260 m) from the west. White shore of green and wide bay of Zaostrog surrounds the Adriatic Sea that has through the Large Doors (Velika Vrata) flown deeply in the Neretva Channel all the way to Ston.
The first records of Zostrog date back in 1494 in Croatian and Turkish language. The old settlement of Zaostrog has three churches, the old gothic St Barbara’s Church, St Roch’s Church from the 17th century and the latest, from the y. 1872, St Barbara’s Church. The most famous cultural, religious and educational centre of the upper part of the Makarska region is Franiscan Monastery of St Mary, containing a distinguishing, more than half millennium old bell-tower that dominates the village. Visitors of Zaostrog may also see newly-opened museum, ethnological collection, gallery and a large library containing more than 30 000 titles, mostly from the older Croatian literature.
A part of creative life here was spent by, perhaps one of the most renown, Croatian folk poets, Fr. Andrija Kačić Miošić, also known and favoured as the ‘Old Man Milovan’, in addition to his greatest work pleasant Conversation of Slavic People (Razgovor ugodni naroda slovinskog). Above the main entrance to the Assumption of Mary Parish Church in the monastery is a stone plate with an inscription in Croatian Cyrillic alphabet where lies a tomb of Fr. Andrija Kačić Miošić with a dedication:

who has given a poem collection to his people,

with a little ark to lessen his misery,

until some new dawn rises to him…

Visit this place and render a life to this valuable Croatian heritage.