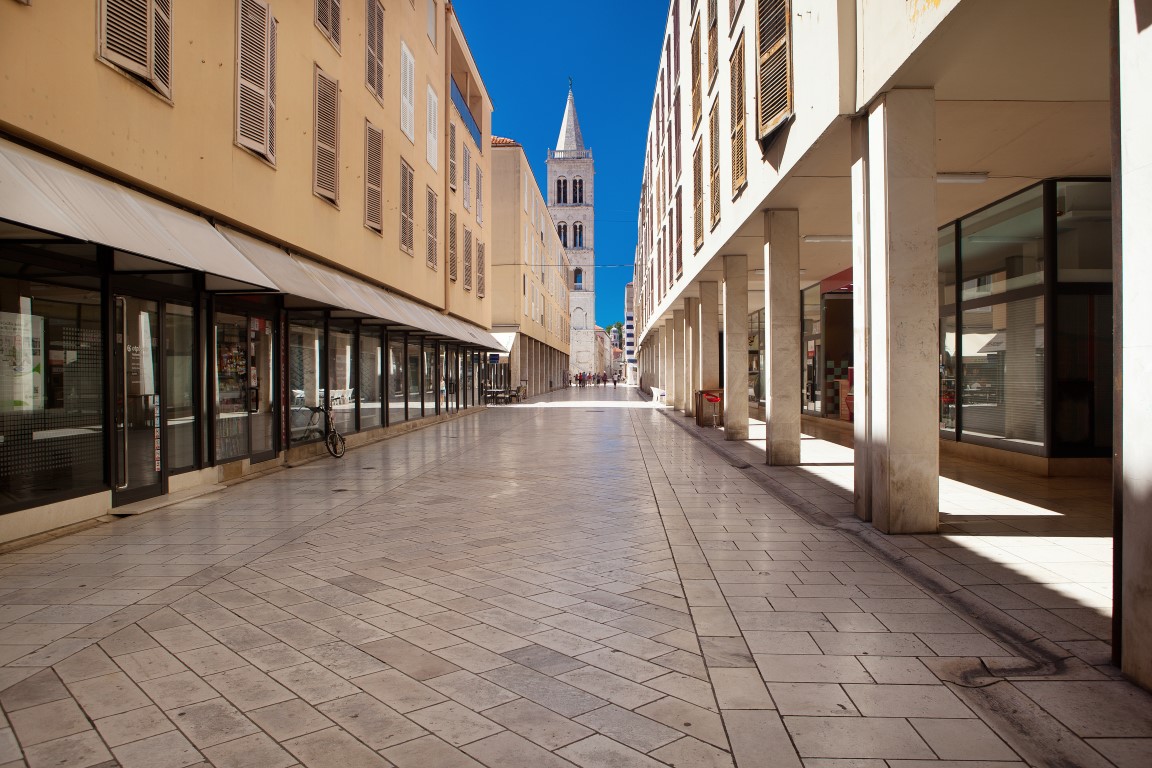 Zadar region offers many interesting sights to see. Its long history and different activities stands as a legacy of the ancient times, contributing to Recognizability of Zadar and other parts of the region. Among worthwhile visiting attractions are the world-known Sea Organ in Zadar as well as urban installation The Greeting to the Sun, both designed by the architect Nikola Bašić. One of the town emblems are barkajoli from Zadar and Kalelarga Street, older than the town itself. Among numerous attractions are also The Chest of Saint Simeon (Saint Simeon’s Casket) and Maraschino – a world-known liqueur. Pag’s Triangle is a world’s phenomenon which will undoubtedly enrich your experience of this area. Being a picturesque town, Zadar’s location is also peculiar since it is situated on a flat peninsula in the midst of Mediterranean sea. Along decorated promenade which stretches throughout the whole peninsula, one can witness a magic view over the islands, especially in the sunset. Among attractions of this beautiful town, we bring you….

Kalelarga – the street older than the city itself

Kalelarga, also known as the Wide Street, is the main and the most famous street in Zadar. Some people say it is even older than the town itself, spreading in the direction west – east from People’s Square (Narodni trg) to the Forum. The street was modernized over the years, maintaining only its main direction. For the people of Zadar, Kalelarga is much more than a name of the main street. It is a legendary area, a town’s symbol which brings back memories of pleasant moments and events, a place where people meet, have fun and relax, place where processions and folk festivals take place, perhaps even a place of one’s first love. It is commonly said that many generations of people from Zadar experienced their first love its birth and end precisely in Kalelarga Street.

Rowers of the 21st century. From the 14th century Zadar nurtures a tradition of barkajoli citizens (lat. barcatores) passed on by the commune of Zadar who in the Middle Ages gave a right to transport people or cargo in the town harbour – Barkajoli from Zadar are a Recognisable feature of the town Zadar. They are the 21st century rowers who had already rowed around the world at least one and a half time. Their shift lasts three hours at least, during whichbarkajoli in small rowboats transport passengers from the coast of Liburnia to the wharf near Makarska, i.e. điga as Zadar’s people call it. It takes minute and a halfto pass a75 m long trip, while boarding and unloading of the passengers also takes several minutes, after which barkajoli row back to the Riva. And so it continues for the full three hours, often even more, up to eight hours a day. This centuries long tradition is passed on from father to son and has survived despite all the challenges of modern times. For 7 centuries now, barkajoli have been connecting two ends of Zadar’s harbour in any weather and in so doing have saved time of their faithful passengers.
The story on curiosities of Zadar will be continued….