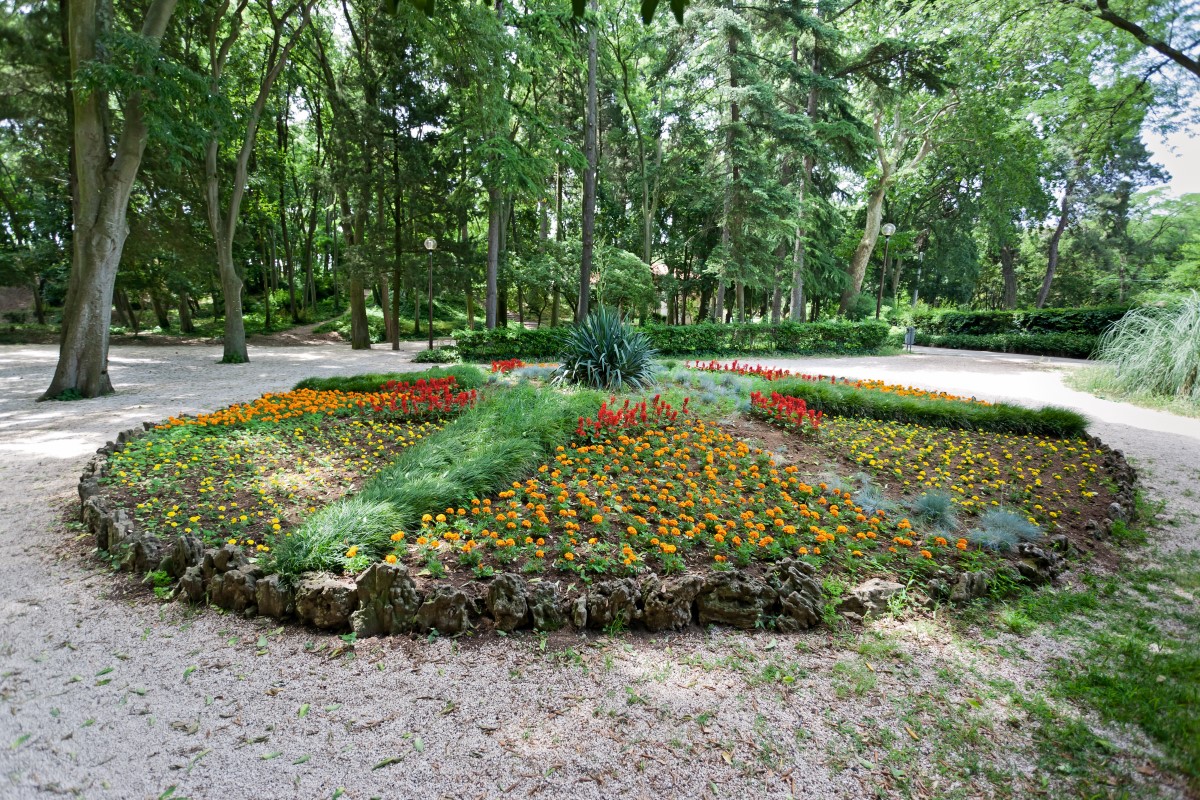 The Vladimir Nazor Park is the largest park in Zadar. It is located on top of one of the city’s forts – Forte, with all of its 5.5 ha (approx. 14 acres). The fort was established in the area of the former borough Varoš in the 16th century under the watchful eye of a Venetian general Sforza Pallavicini.

The Park consists of neatly laid pathways with sandstone and butcher’s broom on both sides, as well as benches and lights. According to the Pallavicini’s design from 1906, there was an abundance of flowers in the parterre, as well as a rich collection of roses. Cypress rows can be seen to this day, just like ancient pine trees and other members of the same family. As for laurels, they have transformed from shrubs to trees over time, and took center stage in the Park, thus putting the floral parterre in the background.

Since the fort was once surrounded by defensive ditches filled with seawater, the Park was nicknamed the ”Green Island”. The ditch on the south side was backfilled before the Park’s great opening while the one on the west side, between the Grimani bastion, i.e. City’s Park, and Forte, once known as Blažeković Park, is still there. In 1909, there were a few modifications conducted in the Park. More precisely, a new pathway rearrangement. A fishpond with fountain in the middle found its place near the entrance, and in 1968 the Park received an official natural heritage title.

Women and their shoes…
Sutivan – untouched pearl of Brač