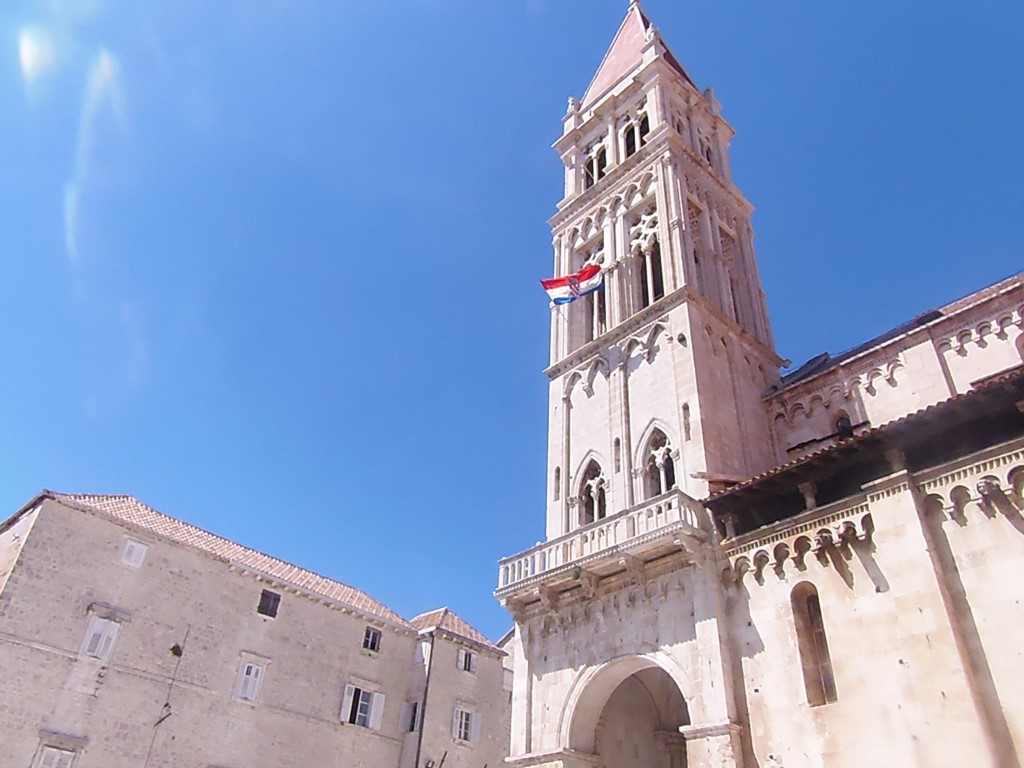 Trogir, a centuries-old town with a magnificent historic and cultural heritage under the protection of UNESCO, is proud of its monumental architectural creation, the fascinating Trogir Cathedral of St. Lawrence.

The construction process lasted from the 13th to 17th century so no wonder it features different architectural styles, that is the Romanesque, Gothic, Renaissance, and Baroque style. It is a very popular tourist attraction thanks to its interior and exterior spiritual beauty. The entrance hall consists of a 15th century baptistery, the work of Andrija Aleši. There is also the famous Radovan’s gateway, i.e. portal from the 13th century, followed by a bell tower which also represents a mixture of styles, from the Gothic to Mannerism. Moreover, there is the St. John’s Chapel from the 15th century which represents a master piece of the European Renaissance. It is worth mentioning that the Cathedral’s sacristy, also from the 15th century, stores works of art made of gold and silver, religious attire, literary works, archives, and other treasures of this town.
The Cathedral of St. Lawrence is the heart of the spiritual life of Trogir.