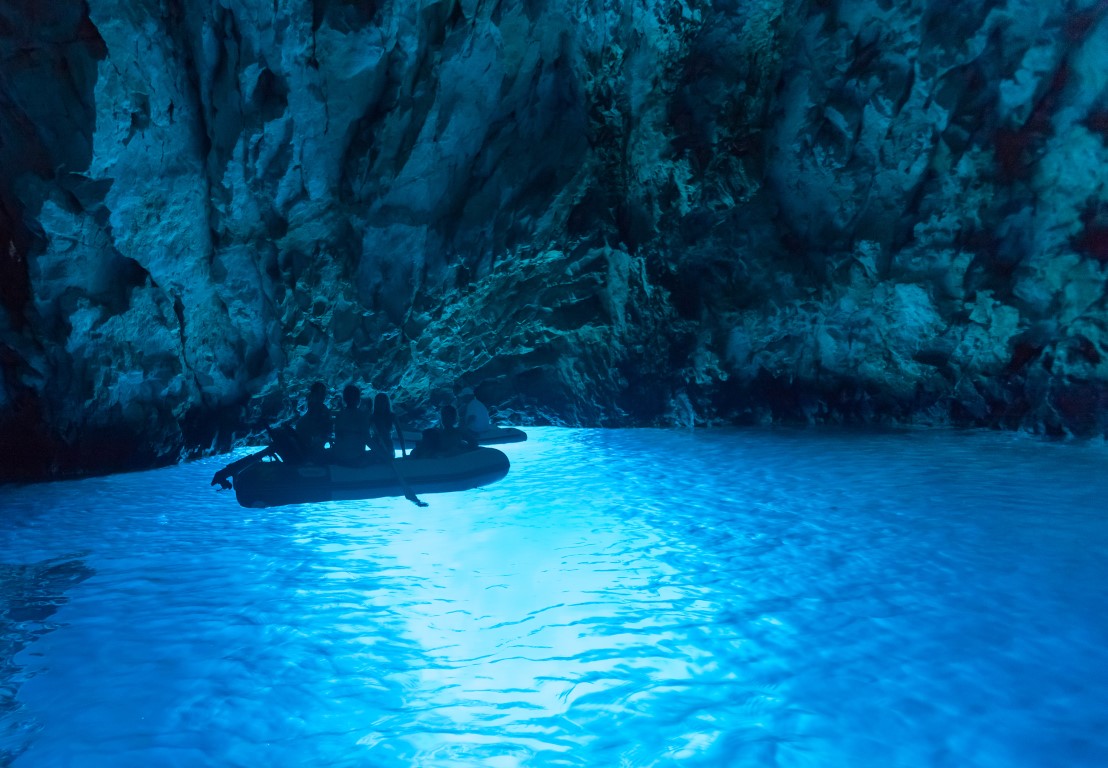 Biševo is an island in the Adriatic Sea situated closely to island Vis, famous for its Blue Cave (Modra špilja), Bear’s Cave (Medvidina špilja), pebble beaches and wine – plavac mali. It is located some 5 kilometres south-west from a small town Komiža (Vis) to which it has a boat connection throughout the entire year. The island has been settled as early as in prehistory, during ancient Greek and Roman period. Many people have remained attached to their island where they cultivate vineyards and olive groves, reviving the island even more by moving there almost over a whole summer. Today’s most important trades of the island are tourism and catering through which Biševo aims to present its offer to guests who visit Komiža.
One of this naturally beautiful offers is a pebble beach Porat, situated in the south-west part of the island, also officially recognized and listed among the seven world’s most beautiful beaches. It is a secluded jewel, hidden from all heavy winds and sheltered with a pine woods. Swimming in crystal clear sea of this bay makes you to experience a true enjoyment, not to mention several fish restaurants where you can taste delicious dishes and a high-quality red wine – mali plavac.
The island comprises several settlements, and the main is Polje that has an 11th century Church of St Sylvester. Many people have left Biševo in search of a better life and dispersed around the world, and one of them was Mate Martin Bogdanović, an industrialist, economist and an initiator of fish canning industry in the western USA.