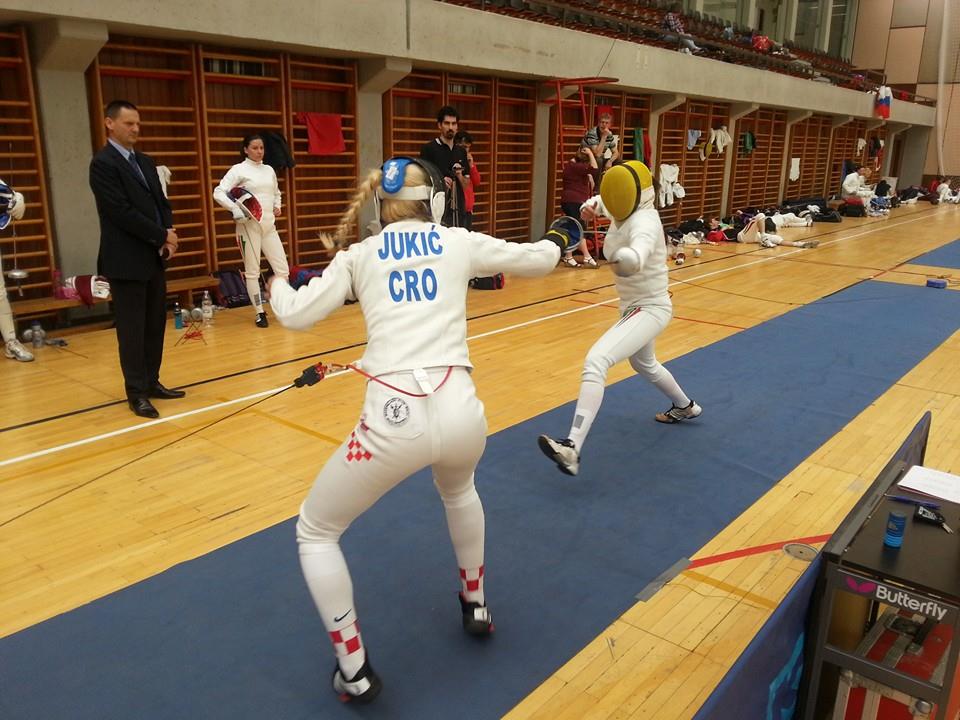 The first fencing club in Split was founded on 08 July 1911. It seems like it was destiny that chose Split as a place where sports would thrive, and fencing, in addition to football and cycling, as one of the first sports which would appear in this ancient town.

In 1893 the Croatian Sokol /falcon/ club was established where, among other things, fencing was offered. Year after year, the Split ”Sokol” Branch organised social dance events at the Theatre where various activities were on display, in particular those involving fencing. In 1905, Professor Šime Vučić-Đaković appeared on the Split fencing stage. With his background knowledge in fencing obtained in Prague, Split finally found a real coach, one of the most skillful fencers in Dalmatia. His Fencing School was active until WW1. Thanks to him, the first Croatian Fencing Federation was founded in 1911 in Split. In doing so, this graceful and stylish sport came to life in this area. In the years to come a lot of events occurred, and a stormy world history also made an impact on fencing. The spirit of this olympic sport was awakened by a group of enthusiasts who on 12 Feburary 1997, at the time of the Mediterranean Games in Split, restored the Club. In 1993, the Split Fencing Club moved to a new location at the Bazeni Poljud Sport Centre. In 1996, the Club finally got to have its own space at the same Centre – its very own fencing room. Since the very beginning, the fencers at the Split Fencing School have been successful, both on the national and international levels.

There are three coaches at the Club – Stipe Mađor Božinović, Dino Šourek and Ante Poljak who, together with Robert Kučić, wrote a booklet about the history of fencing in Split to celebrate the 100th anniversary of the Split Croatian Fencing Club.

The existing clubs in Split have successfully organised numerous state championships as well as international tournaments, such as Adriatic Cup, St. Domnius’ Cup, and Split Summer youth tournament.
All the participants at international championships of various age groups serve as proof of the great enthusiasm people share for this sport and consequently, the continuation of the fencing story in Split.