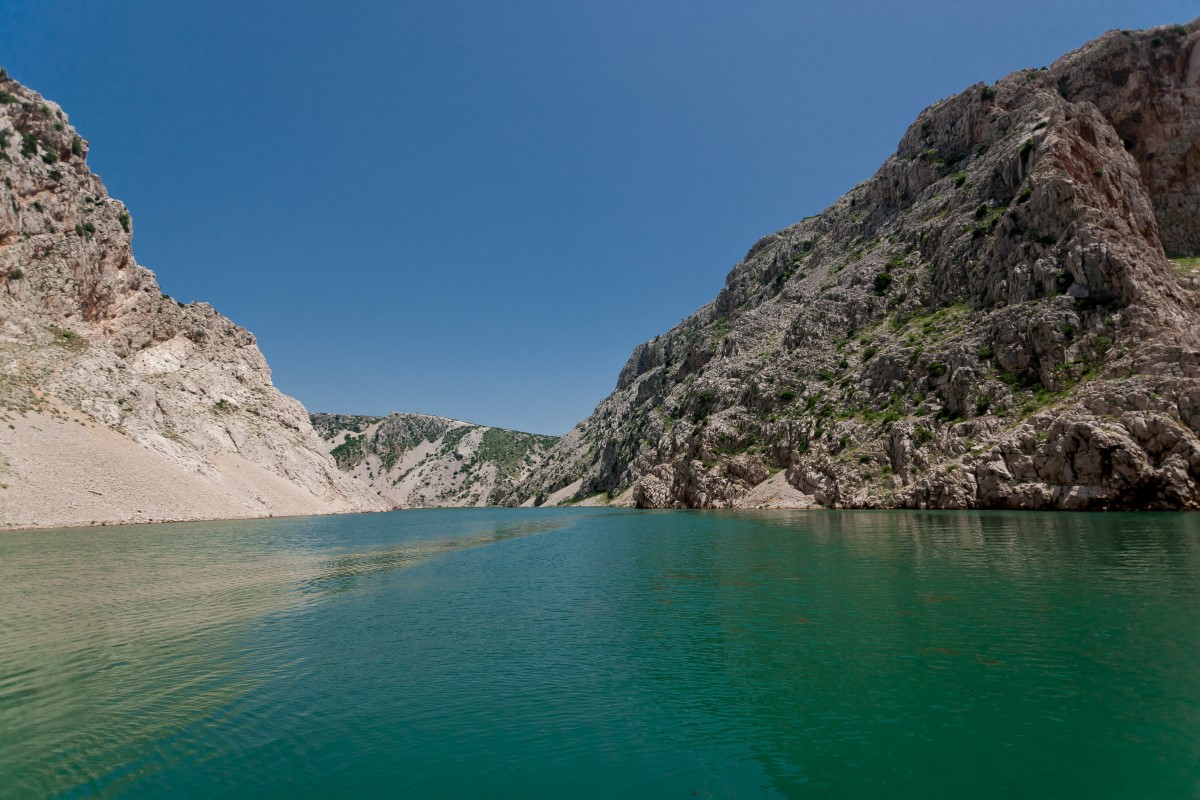 Zrmanja, a peculiar and beautiful river which springs beneath the mountain Poštak in the southern part of Lika, and flows in the Novigrad sea 12 km away from Obrovac. Its 69 km long journey commences in the southern part of the mountain Plješevica. On its way to the Novigrad sea, it passes through narrow vallies and magnificent canyon 200 m deep. This is a karst river with numerous waterfalls and strong rapids and thus an ideal wild river for water sport activities. The lovers of river rafting called this river “beauty and the beast” since during the high water level it transforms into one of the best rivers for rafting in this part of Europe. On the other side, Zrmanja and its tributary Krupa, in the summer become serene and peaceful rivers which slowly carry their visitors through a ravishing landscape. Moreover, Zrmanja is famous for its rich flora and fauna which is why is usually “divided” in two parts – one from the spring to the last waterfall Janković buk, and the other from the last waterfall to the estuary. The first part, including the last waterfall, is typical for karst rivers. However, the part of the river down the Janković buk mixes with the sea so the river becomes brackish. This brackish part of the river is characterized by a large number or sea fish species, some of them being the European seabass, gilt-head bream, golden grey mullet, European eel, flesus, Mediterranean sand smelt, vadigo and similar, and cephalopod like calamari, octopus and cuttlefish. The area around Zrmanja is a birds-species-rich habitat of great white and grey heron (egret), cormorant, mallard (wild duck), rock dove (rock pigeon), peregrine falcon, lanner falcon, etc. This raw canyon cut into karst is a home to numerous plants like spruce, hornbeam, oriental hornbeam, white ash, and in some areas even European silver fir and pubescent oak. River Zrmanja continues to win the hearts of many visitors with its ineffable beauty – tranquil beauty in the summer, whileas wild and intriguing in the spring and fall.