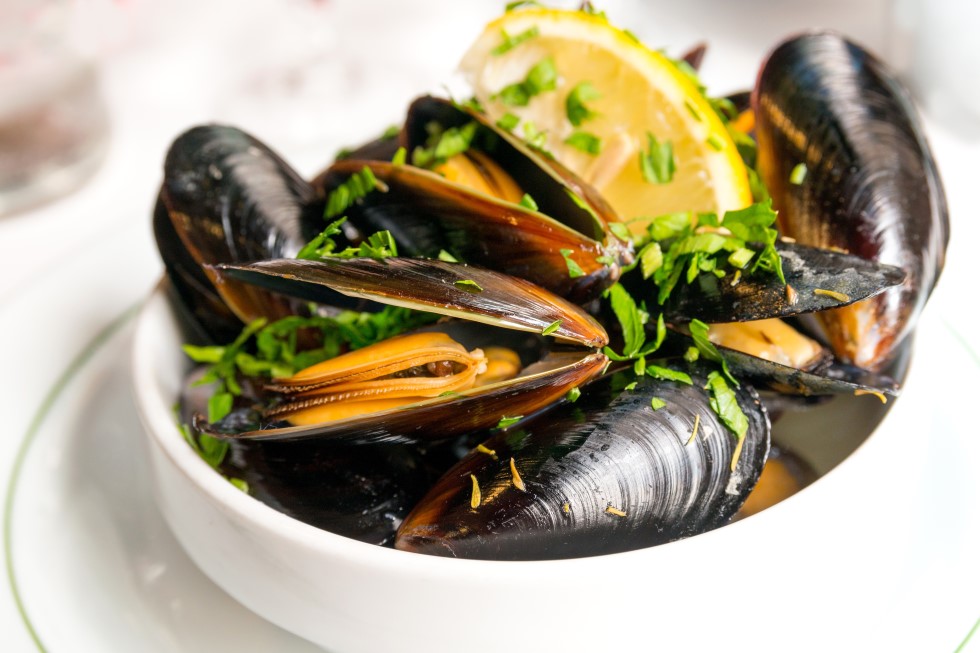 The noble pen shell lives on sedimentary bottoms in shallow coastal area where it finds its place with its pointy anterior part buried at depths of 2 to 30 metres. It is an especially vital member of colonies rarely bigger than that of one of its specimen at a seabed area of 10 m2.
Shells, especially old specimens, are full of algae, sponges, serpulids, moss animals as well as other smaller animals.
The noble pen is a Mediterranean endemic species, and can be found in the Adriatic Sea. It represents the biggest molluscs of the Mediterranean Sea and the Adriatic Sea, and a very valuable ornament and popular souvenir.
Due to excessive overexploitation, the noble pen shells today in many tourism regions have completely vanished. Therefore, the noble pen shall has been protected by law since 1994. In other words, collecting, overexploitation and trade are not allowed.

Date shells
The date shell is a barrel-shaped molluscs, 12 cm long. It found its home on rocks, cliffs and detached large stones, in their own bore holes created with the expansion of molluscs. It is a frequent guest of underwater caves. The date shell’s life span is approximately 80 years. Moreover, it can be found in the north-east Atlantic Ocean, the Mediterranean Sea and the Red Sea.
This creature is a highly valued mollusc in the culinary world. With the expansion of tourism on the Adriatic, the number of date shells was severely reduced significantly reduced due to overexploitation. Since date shell overexploitation process requires destroying rocks, huge areas of rocky shores are disappearing, and there is no cure to fix this problem.
Destroying rocks with a hammer causes entire colonies and endemic species to disappear, and become an underwater desert. Regenerating the biocoenosis and enabling endemic plant and animal species to re-colonise takes centuries. It is because of this that destroying rocks is forbidden in coastal areas, as well as overexploitation and selling of date shells on the territory of the Republic of Croatia.
When describing molluscs of the Adriatic Sea, most of them serve as delicious treats for fish, but fishermen have set their mind on a few species – mussels being their top choice. Fresh mussels are an irreplaceable source for catching various fish species, especially boops boops, pickerel, sea bream, striped sea bream, annular sea bream, common two-banded sea bream, shade-fish… Mussels are not hard to find – every fish market sells them, and they can also be found in nursery facilities. Recreational fishermen collect them throughout the year, especially in the warm months because they are very full and plump.