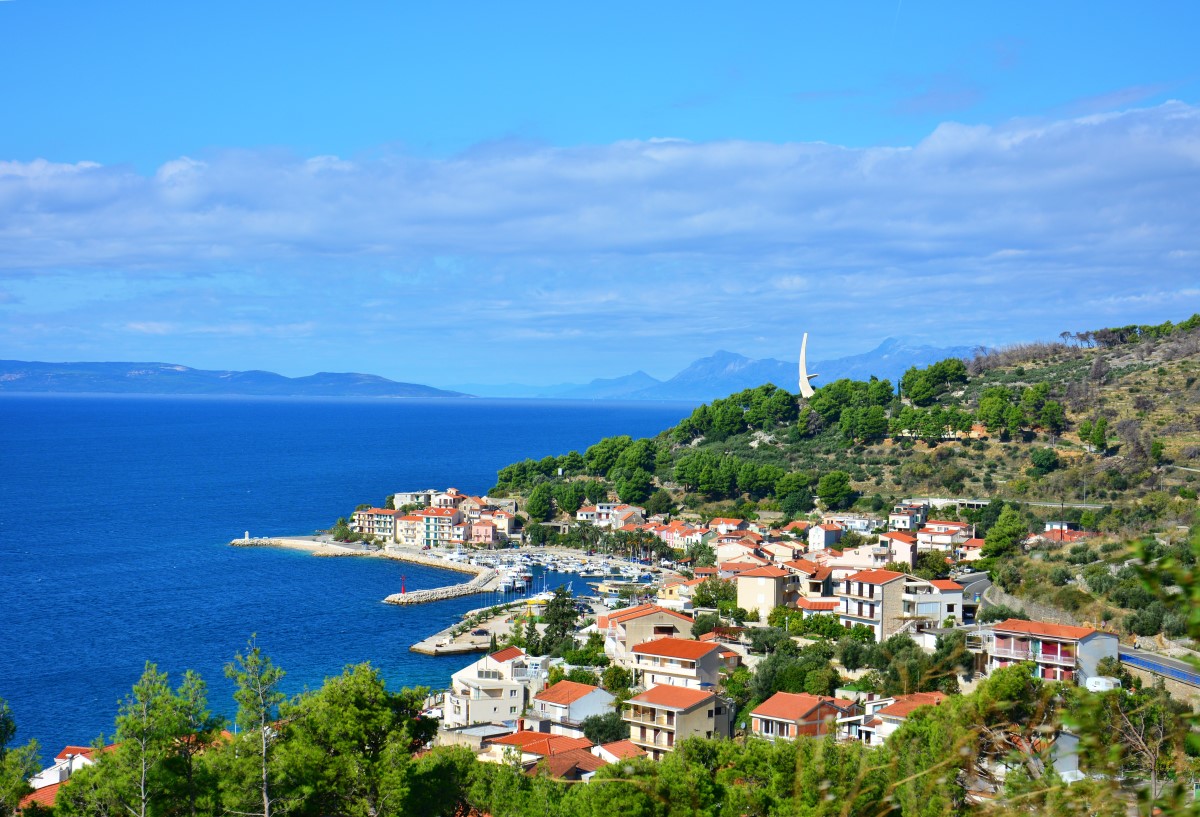 At the very heart of Dalmatia, in the environmentally most preserved part of the clearest sea in the world lies Podgora – Croatian Adriatic princess. Beneath the Biokovo mountain, bordered by a necklace made of Mediterranean plants and golden beaches, lapped at by the sea blue garment, Podgora represents a tourist and natural oasis of your holiday dreams.
It was early inhabited precisely because of its favourable geographical position. The first records of Podgora date back in the y. 1571 when it was one of the places Venice took under its protection, and there are even some archaeological findings from this period, like several tombstone monuments. The church of St Tekla is first mentioned in 1630.
During its long history up to the present days, Podgora has always been oriented to the sea, and practically lived from the sea, even though up to the second half of the 20th century it was, for the most part, situated more up in the Biokovo mountain. Ancient sailboats whose time has may be sailed, are nevertheless a part of a long-standing tourist tradition that is in no way regarded as a burden of the modern tourist attempt, instead, it is just a civilisation continuation of a permanent permeation of natural surrounding, coastal area and the sea, rendering great possibilities for elite tourism in this part of the Adriatic. Podgora is connected to Europe and the rest of the world by the airports in Split and Dubrovnik, the Adriatic Highway and large Dalmatian traffic centres, so one can easily arrive to Podgora by using different means of transport.
Let’s just add Podgora also has two ports, Porat and Čaklje, with a capacity of 360 berths, even though most of them are taken by the boats of the local people. D. Šabić

”Ero the Joker” – harmony of colors, movement and song
History of the Christmas crèche