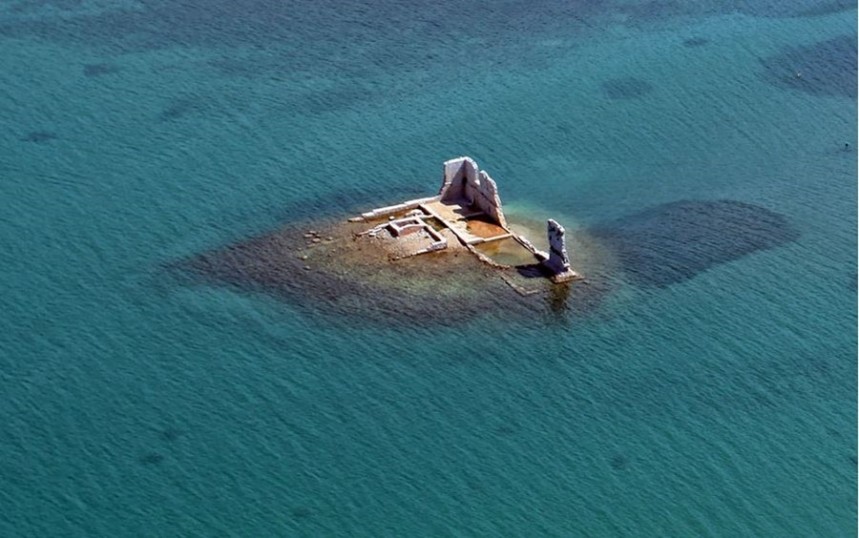 The Sukošan bay is known for its mild climate, astonishing beauty, as well as Palac, a summer residence owned by the Archdiocese of Zadar.
It was built on a man-made islet in the middle of the said bay by the end of the 15th century for the religious dignitaries of the town. Nowadays, its modest remains are left to remind us of the spirit of the olden days, and its former magnificence.

The construction of the summer residence was overseen by the Archbishop of Zadar, Matheo Valaresso in 1470. It was a palace with a rectangular floor plan, two floors, and of a monumental structure. All in all, the most significant architectural example of its kind.
Whenever you see tourists roaming the streets of Sukošan, you’ll notice them stopping in front of this symbol of the town and the whole region, and hear them compliment its beauty, especially when it is enhanced by the colors of a sunset. A simply perfect setting for a snapshot, wouldn’t you agree?
Those who feel more adventurous don’t hesitate to swim to it in the summer, thus coming closer to a long forgotten era with each stroke.