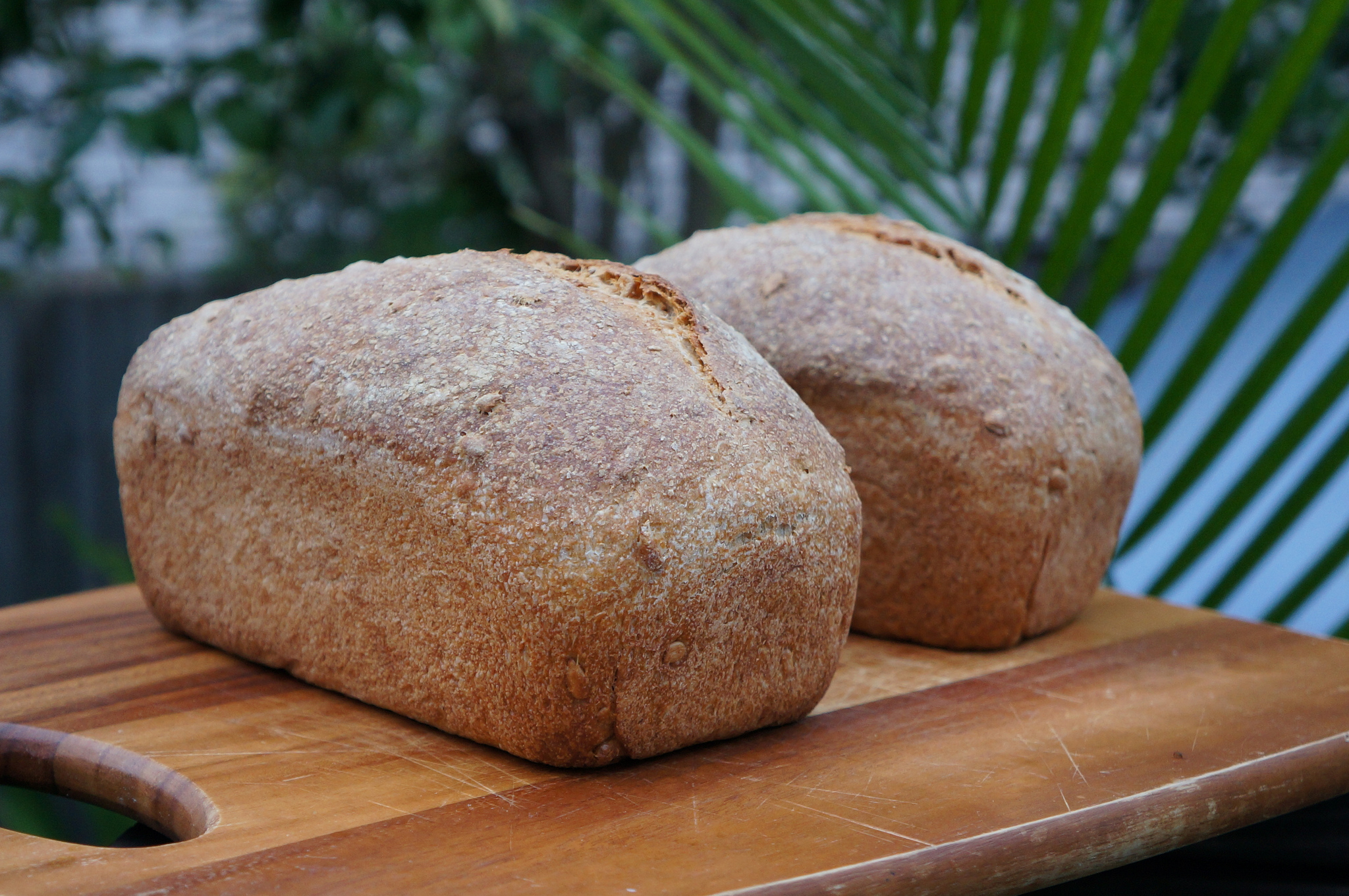 Bread is staple food prepared from dough of flour and water, milk, whey or any other liquid, with an addition of kitchen salt or sugar, fat or oil, eggs and leavening agent.
It is made of different types of flour so can also be, besides the most common wheat flour, from rye, corn, buckwheat, rice or some other type of flour with special additives.
In the second half of the 20th century, Croatian standard generally increased, and in the regions where there were no large grain-rich areas, flours of other plants have also been added like carob flour, but also acorn. Acorn bread was prepared by the residents of Šolta, Molat and Veli Iž. This was not unusual in other European countries too, like Norway, Sweden or Macedonia (″želadov hleb″). In Italy popular bread flour types were those from acorn, Italian (and Hungarian) oak (Quercus frainetto) and English oak (also French oak). In Ukraine bread grains was mixed with acorn (oak nut).
The first bread ever made was from wheat and barley and was prepared by Egyptians 1500 BC and it was not probably been cultured with yeast, but in fact was more like a sweet bread, i.e. unleavened round cake from flour and salt that was baked under ember and cinders in an oven, which is also portrayed through images found in Egyptians’ tombs and records. Bread was baked in all sorts of shapes, most often in animal or human shapes because it served for religious or ritual purposes. It was also sprinkled with various seeds.
In the Ancient period, in addition to popular porridge, bread was also a familiar food. The old Greeks received 70% of their energy precisely from cereals, and slaves baked bread on a daily basis. Hippocrates already then warned us to pay attention to what we eat since it is not irrelevant whether we eat white or dark bread. Additionally, Celsus wrote how bread contains more nutritious ingredients than any other food.
Bread was also one of the most important type of food for Romans to such an extent that bakers were required to serve appropriate type of bread for each dish. They baked flat unleavened bread (Lebanese bread) sprinkled with poppy seeds, laurel or almond, small loaves of bread with cheese, olives and particularly popular were those with pot herbs like parsley or chives. Roman soldiers were even called “heavy eaters of bread” because they would daily receive one kilo of bread.

In the early Middle Ages leavened bread was not commonly baked in ovens since only monasteries and aristocracy actually had ovens. Bread was prepared from low-gluten cereals like oats, barley and rye and it would hardly rise and was very dark. The bread prepared from white flour was in fact a privilege of the rich, while rye bread was sometimes been eaten by friars in order to show their humility. Therefore, one’s status was judged by the bread’s colour – white was eaten by those on the top of a social scale, while those on bottom ate dark bread.
This was the time when the Church began to prepare a host – unleavened bread made from the most refined type of flour as its only ingredient. It was (is) used as sacramental bread in the Church’s liturgy during the Eucharist when this bread is consecrated and becomes the body of Christ.
Bread is an important Biblical theme and it is supposed that unleavened bread was served for the Last Supper along with vine, small herb dishes, fruit, i.e. everything relevant for Passover Jewish customs. Early Christian unleavened round cake had also incised cross. Bread is sacred in the Catholic Church and represents eternal life. In its sublime form it shows the presence of God in everyday life and is regularly mentioned in a prayer “Give us this day our daily bread…”
Nineteen century was a significant turning point when it comes to nutrition of European population, because then commenced the mass production of white flour.
Croatian people are among the world’s great consumers of bread, especially those from south coastal areas and immediate hinterland. Respectively, bread is normally found on the tables of Croatian restaurants, already sliced and for free, the same as salt and pepper.