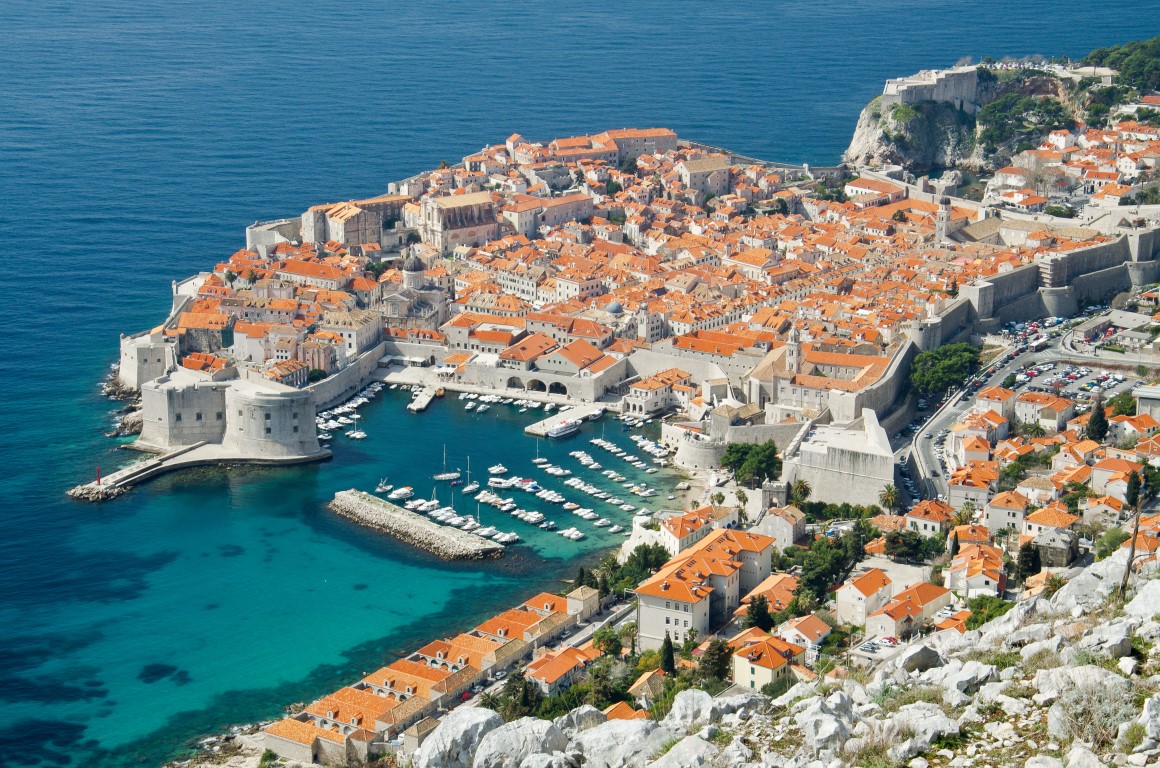 The Old City is a valuable part of the rich heritage which comprises of the historic core of the City together with Stradun, Rector’s Palace, St. Blaise Church, Sponza Palace, Orlando’s Column, and interesting historic churches, cathedrals and city streets. Dubrovnik is a museum on its own which so far managed to preserve all the historic buildings and its beauties, renaissance and romanesque churches and palaces which represent an important part of the tourist offer and places worth visiting.
St. Lawrence Fortress
The Fortress is situated by the seaside, and was built in the 16th century in order to protect the City, that is, its seaside approach. The Fortress walls are thick and big with an inscription in Latin – NON BENE PRO TOTO LIBERTAS VENDITUR AURO – ”Freedom is not to be sold for all the treasures in the world”. This historic structure is a valuable monument which also stores historic areas on the inside – a chapel and a courtyard with a cistern which today serve as a stage for various performances.

This church represents a symbol of the City of Dubrovnik. It is situated in the historic core, and every year, all the residents, together with guests from different Croatian and European places, celebrate St. Blaise Day, the patron saint of Dubrovnik.

Orlando’s Column
It is a statue of a warrior, where a white flag is placed, dating back from the 15th century which is located on the central square between the Sponza Palace and St. Blaise Church. It is the historic figure of the knight Rolando who supposedly saved Dubrovnik from the Saracens, and during the Republic of Dubrovnik he was well-respected. Today, every summer it turns into a stage for the Libertas Festival.
Dubrovnik is close-by!