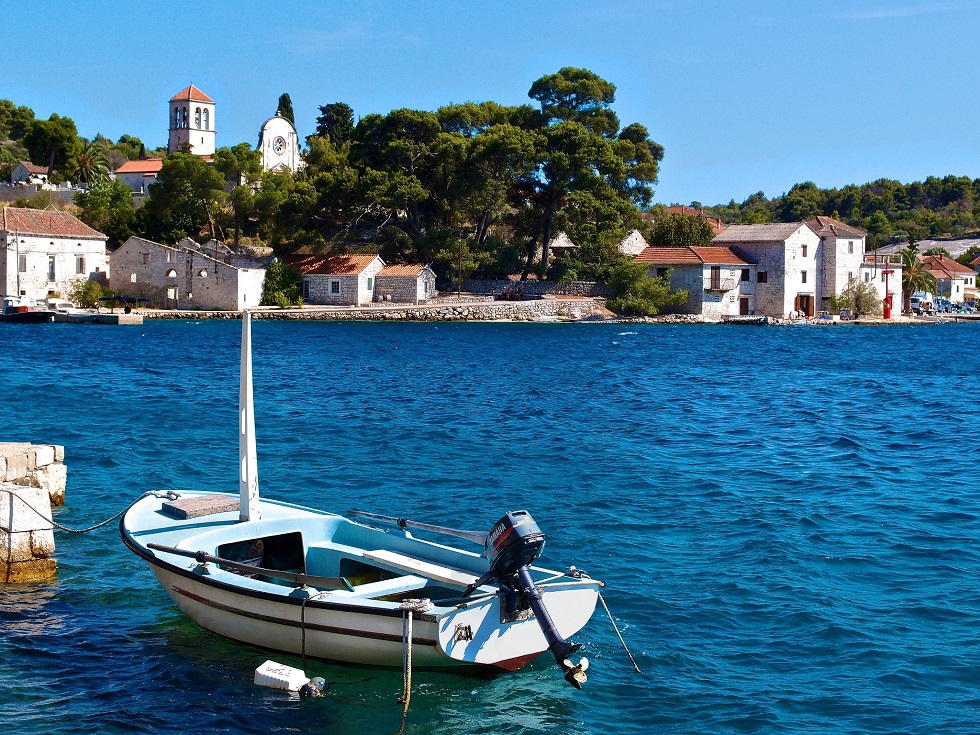 Drvenik Veli
Drvenik Veli is an island of the Split Aquatorium located on the north-west side of Šolta from which it is divided by Šolta Channel. The largest settlement of the island is Drvenik Veliki which is an administrative unit of the Municipality Trogir. The island is surrounded with several smaller islands,  Krknjaš Mali and Krknjaš Veli on the eastern side, and Orud and Mačaknar on its southern side. Drvenik Mali is situated 2 km in the west and it is three times smaller than Drvenik Veli. The Channel separating Drvenik Mali and Veli is called Drvenička vrata (the Doors of Drvenik) with a little island Malta situated right there.
Idented coast of the island is enriched with numerous sandy and pebble beaches. Its main settlement is situated right in the deepest bay of the island. Surely, there are other interesting bays like Grabule (west side of the main settlement), Mala Luka (west side of the island) and in the south – Pernatica and Solinska. Grabule Bay is the only one protected from all the winds. The eastern side of the island, where Krknjaši are settled, is a favourable location for anchorage.

Drvenik Mali
Poorly inhabited island counts only about 50-60 residents mostly in several settlements of the island’s central and eastern area. Its main settlement is Borak, characterized by scattered houses. The island has several other small villages, coastal being Vela Rina, Mala Rina and Dolići, while Petomavar, Velika Kuknara and Mala Kuknara (Prigomila) are a little bit further away from the coast. There is no traffic on the island, since there are no paved roads except for the one, recently constructed (few hundredmeters), in a direction Borak – Vela Rina Bay. It has ferryboat lines with Veli Drvenik,Trogir, Seget Donji and (less frequent) Split. Port Borak is the island’s main port and a central pace of all the events. Conditions for tourism development are improving. The island is surrounded with beautiful beaches and crystal sea with a handful of little forest paths. Its unspoiled nature hides a variety of Mediterranean herbs. The island is also famous for its carob and olive plantations of supreme quality. Extra virgin olive oil is well-known and is being sold in the whole Croatia. Since it is still not devastated by the so called urban construction, Drvenik Mali represents a genuine vacation for your soul away from the urban crowd.
Come and discover the encantations of these preserved oases of nature!