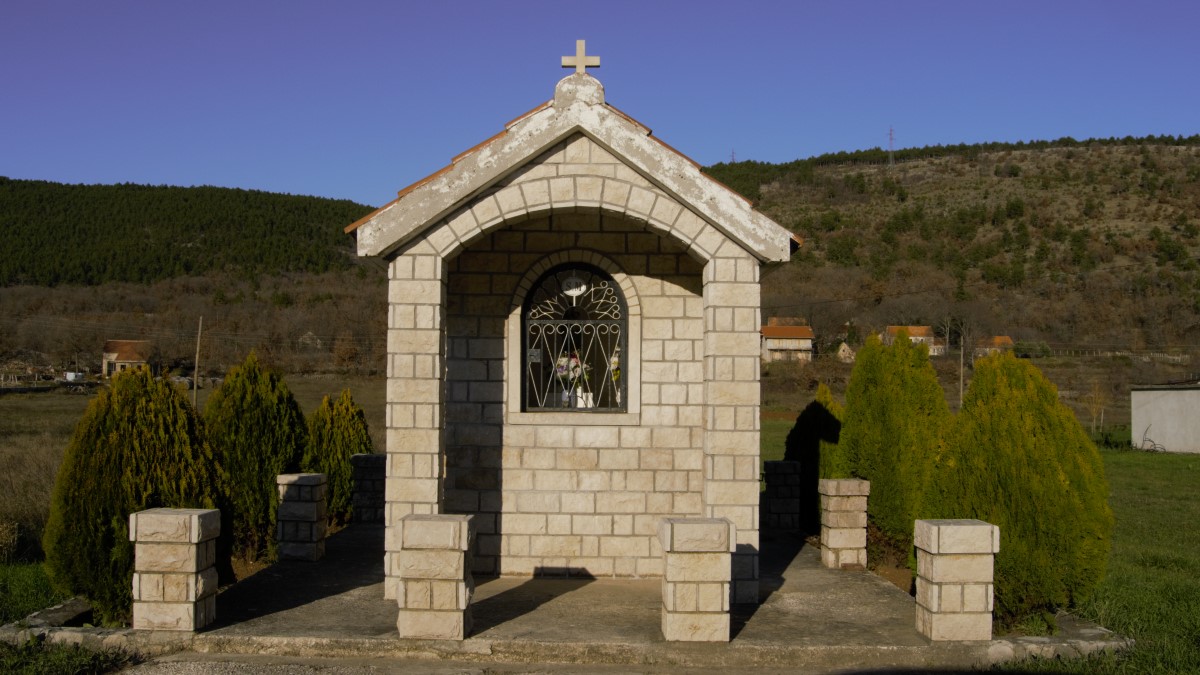 We took a stroll across Dalmatian hinterland and made a few pictures of chapels which are of particular spiritual importance to the local people.
Chapel is actually a term used for a smaller church building, usually under directory of a larger parish church. It may be detached building, but more often it is a part of some larger object like church, palace, graveyard, hospital or school perhaps.
Historical findings discover that the term “chapel” is derived from a relic of Saint Martin of Tours. According to the legend, Saint Martin would, while he was still a soldier, cut his military cloak in order to give a part to a beggar in need, while from the other half he made a “small cape” (Latin ‘capella’) that he wore over his shoulders. The same legend says the beggar was actually Christ in disguise who gave Martin a blessing of conversion of his heart after he became monk, abbot and finally a bishop. This cape came into the possession of the Frankish kings who guarded it as a relic. The tent where the relic was kept during battles was called “capella” and the priest who performed daily mass “capellani”. Hence the terms “chapel” and “chaplains”.
Almost every place in Dalmatian hinterland owns its chapel that to a passer-by, the faithful helps preserving faith, spirituality, the essence of living.