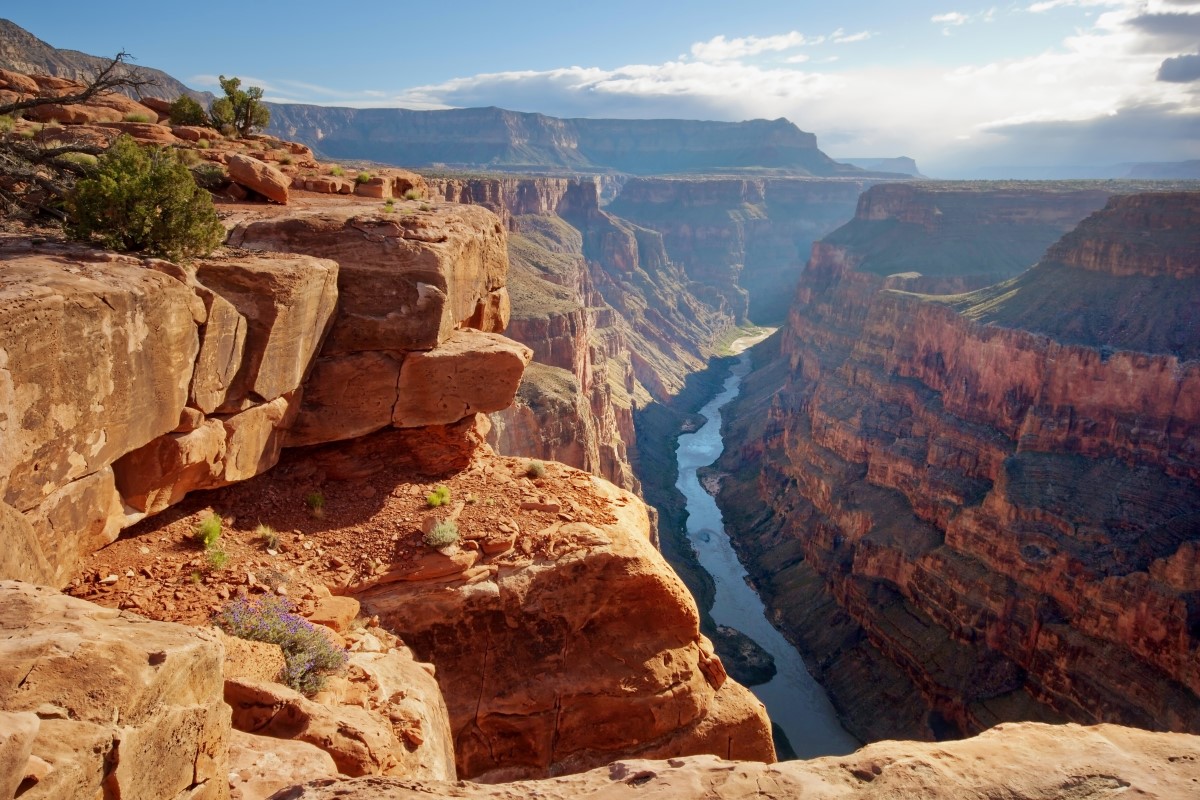 Considered to be one of the seven natural wonders of the World, the Grand Canyon is widely recognised for its breathtaking beauty most of us have seen in pictures and movies. It is located in the northwest corner of Arizona, USA. It’s the result of a natural process called erosion, Colorado River and its tributaries that have been shaping the neighbouring rocks for billions of years.
Although the Native Americans have been familiar with its magnificence for thousands of years, it was not until 1540 that it became known to the rest of us. The Grand Canyon National Park was established in 1919 preserving over 1.2 million of acres, including colourful rocks and waterways that are home to 75 species of mammals, 50 species of reptiles and amphibians, 25 species of fish, and over 300 species of birds. The Grand Canyon is 445 kilometres long, with a depth of 1.6 kilometres and width of 45 kilometres in some areas.
More than 5 million visitors come to the Grand Canyon each year, usually opting for a walk or a mule ride. As for those of you who’d like to get an adrenaline rush instead, there’s a boat ride or a raft trip on the Colorado River.