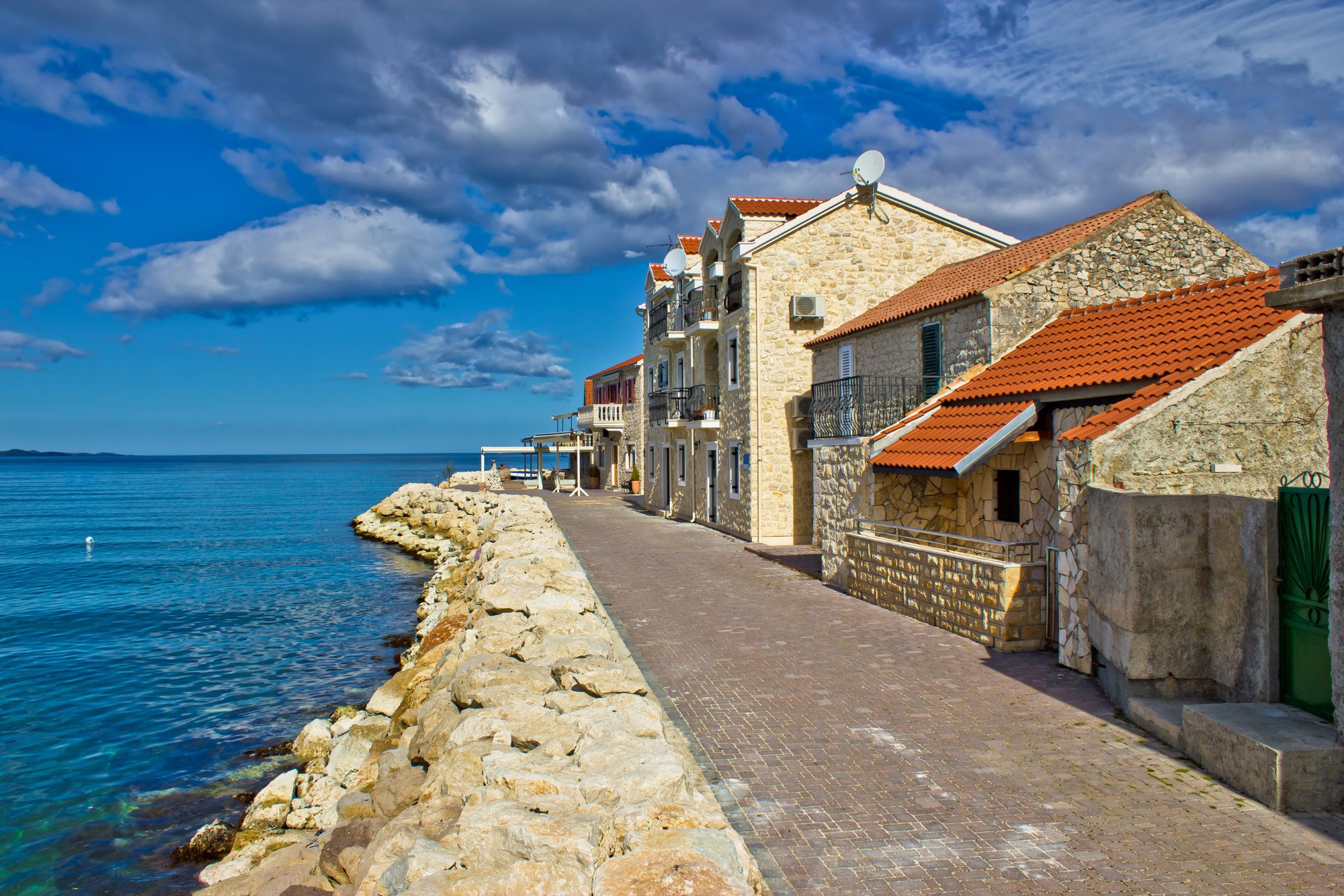 Coastal place Bibinje is located only several kilometres south of Zadar. Very few information exist about the emergence of Bibinje, due to the lack of documents. However, according to a folk tradition, this settlement was first erected on the top of the hill above its present location (more accurately, in the Bibinje filed on the slope of the hills). Croatian king Petar Krešimir IV gave a royal property Točinje (today Bibinje) to the Benedictine Order as a gift in their permanent possession. Ever since then Bibinje has stayed in close contact to the Benedictines of Zadar whose largest property was situated precisely in Bibinje.
The area of Bibinje also hosts Marina Dalmatia with various accompanying facilities. It covers the area of 70 000m2, including the land and the sea, and it has 900 sea berths and 500 more dry berths. It is the largest marina on the Adriatic coast. Guests have the choice of several camps, only few metres away from the sea. The town also has many restaurants offering home-made specialities where hosts wish you a welcome in a specific way. Visitors would surely k to see interesting ethnographic collection in a local museum in addition to the collection of sacred objects from the 15th century in the St John the Baptist Church.
Images of Bibinje surrounded with natural beauty, with a touch of klapa music interplaying with the stars in a crystal clear sky offer enchanting mornings. Farmers leaving to their vineyards covered with dewdrops, while fishermen set off to the sea in search for some good catch, bringing us back in the history instilled with Dalmatian magic…