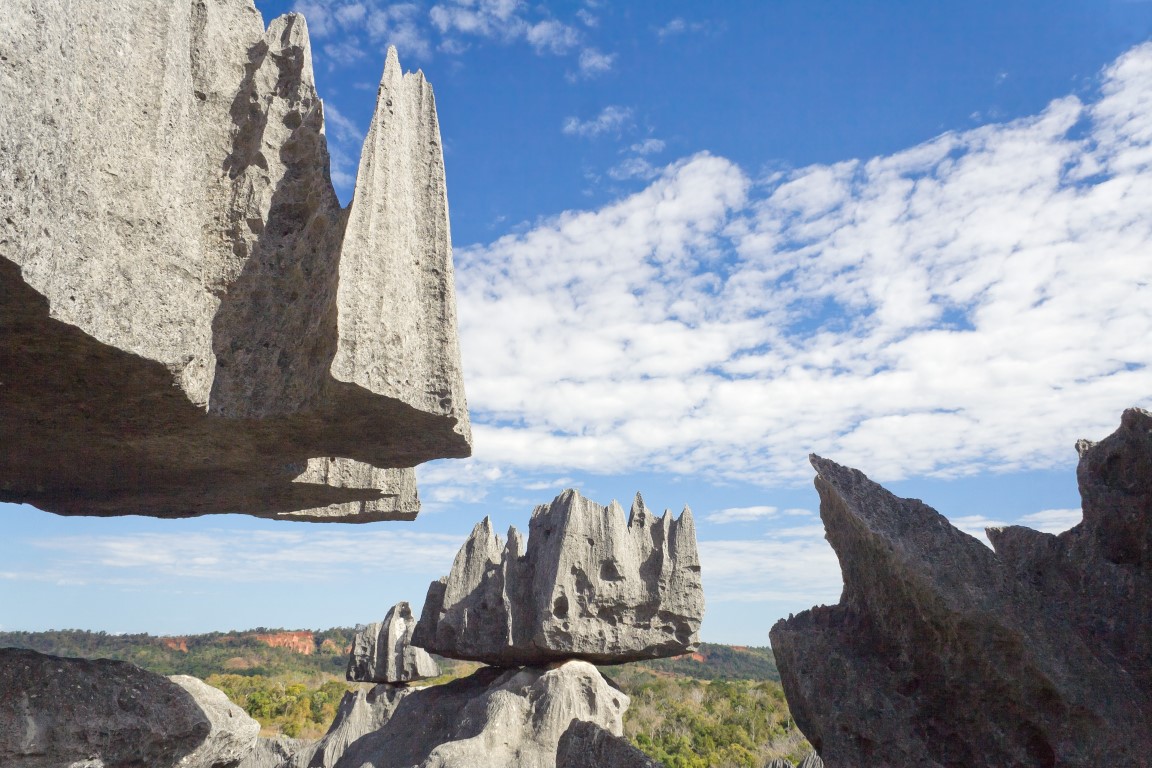 Truly amazing and fascinating landscape: Tsingy de Bemaraha National Park in Madagascar, that was in 1990 added to the UNESCO’s list of World Heritage Site, is the most famous for the so called stone forest known as ‘Tsingy’, which in a rough translation denotes ‘a place where one cannot walk barefoot’. Stone forest is comprised of high pointy rocks which are literally razor blade sharp and as such are the reason why this unusual landscape has much less visitors than any other national park in the world. Apart from pointy rocks, Tsingy de Bemaraha National Park is abundant with spectacular forest canyons, damp caves and one of a kind flora and fauna. Due to its unusual nature, it became a home to a variety of endemic species of plants and animals. Experts claim that these unusual rocks began to form some 200 million of years ago. Over the years, thanks to tectonic activity of the area, the sea level has dropped and fragile rocks came out on the surface. Eventually, these ancient sediments were shaped and “sharpened” by monsoon rains and finally created what we see today. Most people agree this national park is the most breathtaking geological site in the world. It cannot be explored easily, but even looking it at photos would leave you breathless. Maybe you won’t think of it as the perfect tourist destination, but everyone who has once had a chance to visit this Park, was absolutely delighted with its beauty and would certainly visit it again. Therefore, we suggest you to pay a visit to this world’s top geological site Tsingy de Bemaraha in Madagascar.