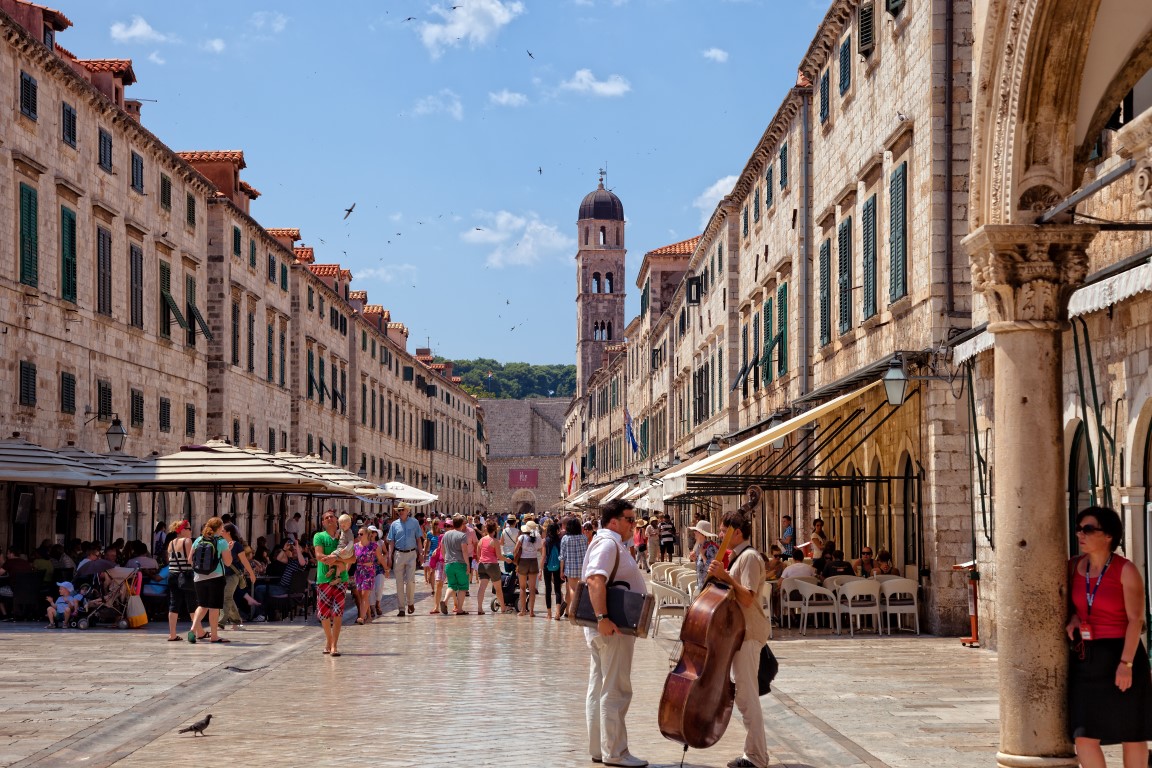 Stradun is a focal place of all events in the old Dubrovnik city center. Entering the City from the eastern side through the Ploče Gate, between a Dominican Monastery and the city wall, you need to pass through the Customs Gate and you’ll come to Stradun. Above the Gate is the 15th century Luža, restored in 1952. Next to it rises the City Bell Tower with a clock, built in 1444. In 1506 the bell founder, Ivan Rabljanin, cast a large bell, and at that time two famous figures were cast in bronze as well and were called “zelenci”, that strike the hours with their hammers. Due to weather misfortunes, the old Bell Tower was rebuilt in 1929 and the original figures were replaced by their copies. The originals can now be seen at the Sponza Palace Atrium where they are exhibited, reminding Dubrovnik’s visitors at the exact time in every moment.