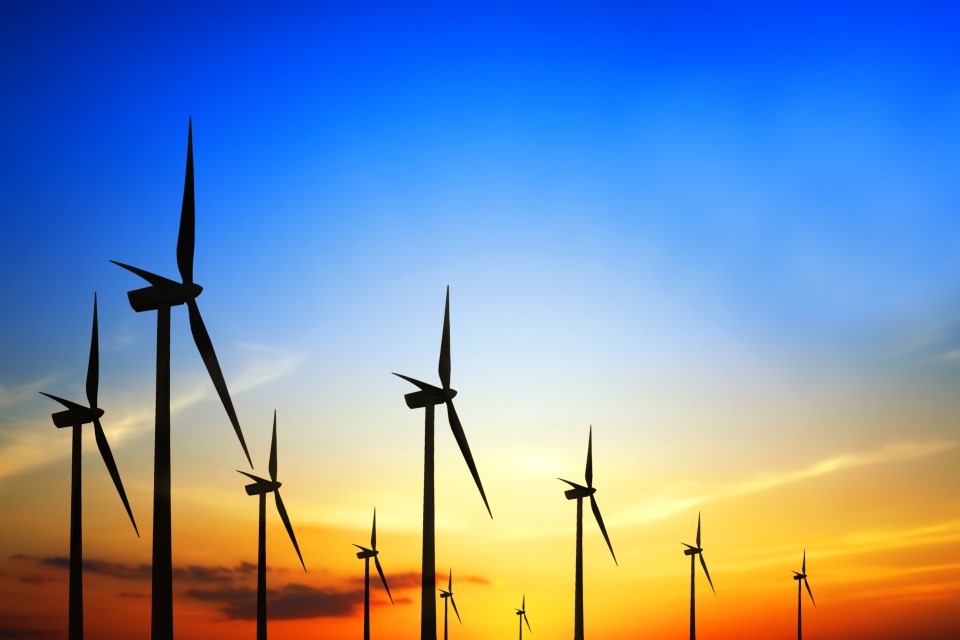 Wind turbines are machines that operate on a simple principle, that is, with the help of the energy in the wind. Imaging the wind as a fluid is not easy due to the fact it cannot be seen. However, air is a fluid; the only difference is that its particles are in the gaseous state, and not in the liquid state. When we are dealing with a high wind speed, that also means the particles are moving at the same speed. The motion creates kinetic energy that can be ”trapped” in the turbines. In case of the wind-energy turbine, the rotor blades are designed to harness wind kinetic energy. The turning of the blades sets the nacelle in motion which is connected to the generator. The role of the generator is to transform the kinetic energy to electricity. This is also the most important thing in the wind turbine story – the possibility of transforming the wind energy to electricity. The most commonly used wind turbines have a capacity of 700 kW to 1.8 MW.
Now the question is, how do wind turbines work?
The key is in the wind farms, that is, an array of wind turbines which use the wind to generate as much electricity as possible. They are placed in areas with strong wind, with specific attention to large distances between each one. Wind farms have the capacity of several MW to a couple of hundred MW. The biggest wind farm is located on the coast of Ireland. It consists of 200 wind turbines, with capacity of 520 MW, and its price is around 600 million USD. During the installation process, it is important to conduct wind speed measurements in various places, check if there are obstacles in wind circulation. Moreover, it is also important to conduct wind resource assessment, among other things, to have wind flow modeling done to extrapolate wind speeds across a site. Wind speed measurements are usually conducted at the height of 10m. Data collected over a longer period of time is analsed using the Weibull distribution which gives the probability of the wind speed in a particular period of time.
When we are describing wind turbines, there are two types to talk about, depending on the the type of axis – vertical or horizontal. Vertical axis turbines are very rare nowadays; the only one currently in commercial production is the Darrieus wind turbine (”egg-beater” shape). The main rotor shaft of the vertical axis turbines is set vertically, perpendicular to the ground. Therefore, this turbine follows the wind, and does not require manual adjustments when the wind changes its course. An electrical system is needed for it to work. Horizontal-axis wind turbine, as you can guess, has the main rotor shaft mounted horizontally. It uses the yaw-adjustment mechanism because it has to constantly align itself with the wind. The turbine’s electronic controller reads the wind position and adjusts the rotor position to capture more wind.
The most basic wind turbines have three parts – rotor blades, shaft and generator. The problem with wind turbines is that the generated power cannot be reduced to such a degree where it would generate electricity up to 50W which would serve a set of smaller devices. A well-known inventor in the wind turbine community is worth a mention – Shawn Frayne. He came up with an idea of a device for converting wind power into electricity when observing Tacoma Narrows Bridge (USA). The device, called Windbelt, exploits the motion of the string produced by the effect to move a magnet closer and farther from one or more coils, thus inducing current in the wires that make up the coil.
As for Croatia, the first wind farm, which consists of seven wind turbines, was installed on the island of Pag.