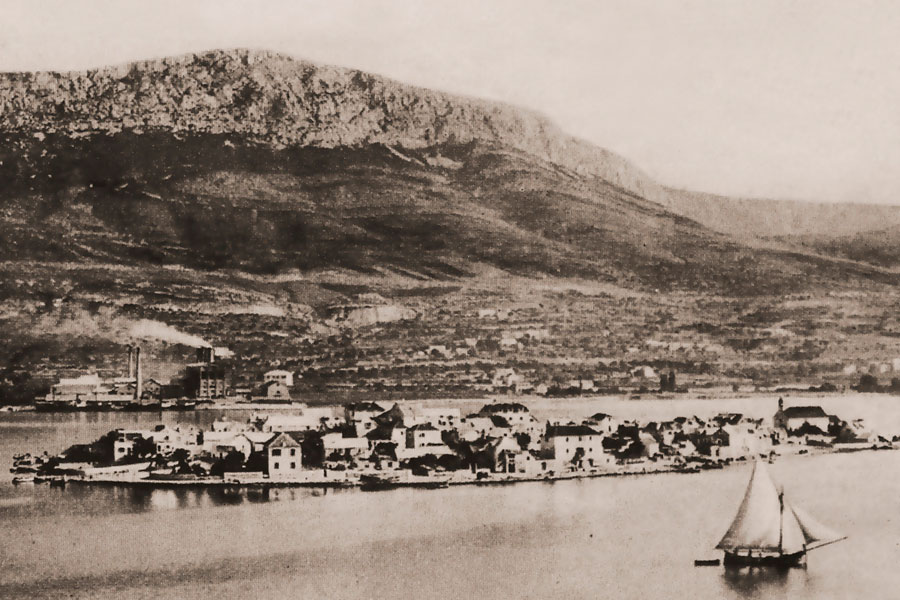 Vranjic is situated on the peninsula of the same name, northern from the Split peninsula, near the estuary of the river Jadro. Its peculiar charm and immediate vicinity to the sea were the reasons why this settlement used to be regarded as “Small Venice”. Latest archaeological researches have discovered traces of life in Vranjic that date far back in prehistory. In addition to the ancient artefacts, Vranjic is famous for old Christian artefacts, and Thomas Archdeacon in the 13th century mentions Vranjic as an island under the Latin name for Vranjic – Hurania. Historical data reveal how “Small Venice” first inhabitants came in this area in 1650, mostly people from Dalmatian hinterland and especially from Petrovo Polje. Natural and geographical predisposition gave Vranjic its distinguishing character, but its well-known citizens too, varying from singers, priests, historians, archaeologists to poets and many other. This area has also become notable for a men’s church choir from Vranjic, that has been cherishing a century-old tradition of singing and performing all over Croatia and abroad as well. Vranjic features another important institution, Barbarinac Ecological Association, that aims to preserve natural beauties of the peninsula. Moreover, the religious may practice their faith in the central church of St Martin.

Another peculiarity about this place refers to the television drama series called “Naše malo misto” that was recorded precisely in Vranjic. This series depicts life in a small Dalmatian settlement, in the middle of the last century, from perspectives of a local chronicler, mailman and others… making this TV series one of the best and most popular works of Croatian cinematography. Just recently in Vranjic has opened the largest marine aquarium in Croatia with more than 130 various species, including some twenty types of sea sharks, mostly small- and medium-sized. With all the attractions this area has to offer, it’s no wonder it has become very popular destination for both domestic and foreign tourists, who now discover something already revealed by the third eye (of a camera), but now in somewhat modernized look…