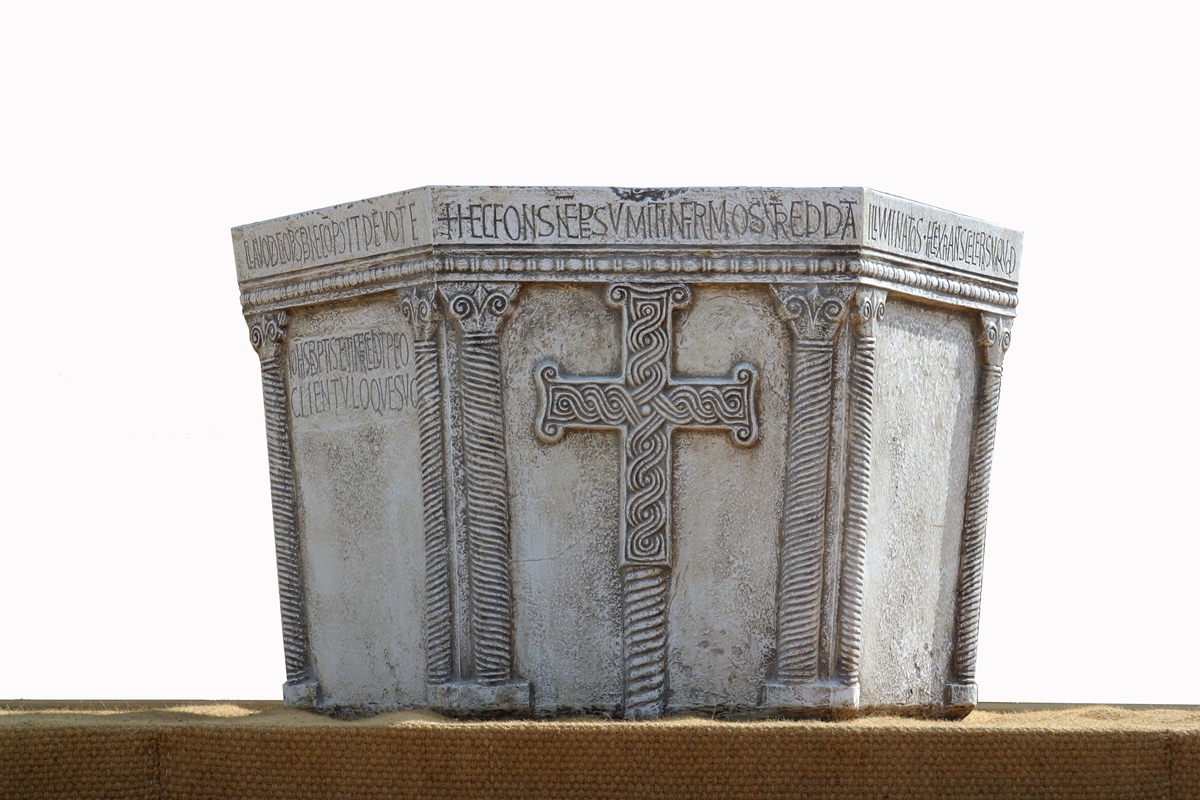 The Baptismal Font of Duke Višeslav, the first duke of Croatia who ruled around 800 AD, is one of the most important articles of church furniture. This hexagonal stone vessel which was used for baptizing the faithful, is witness to the time of Christianization of Croats. Its replica can be found at the Museum of Nin Antiquities while the original is kept at the Museum of Croatian Archaeological Monuments in Split.
Around the edge of this hexagonal baptismal font is an inscription that reads: ”This font receives the weak to enlighten them. Here they are purged of their sins which they received from their first parents, in order to become Christians, salutary confessing the Eternal Trinity.

This work was skilfully made by priest John at the time of Duke Višeslav, out of piety but to honor Saint John the Baptist, to mediate for him and his protégé”. This monument also features a carved cross with a three strand plait which suggests Resurrection symbolism, and is thought to be the most significant monument of the early Medieval Croatian history. Višeslav’s Baptismal Font was initially in the baptistery of Nin. Apart from the previously mentioned replica, there is also a gypsum mold at the Glyptotheque in Zagreb.