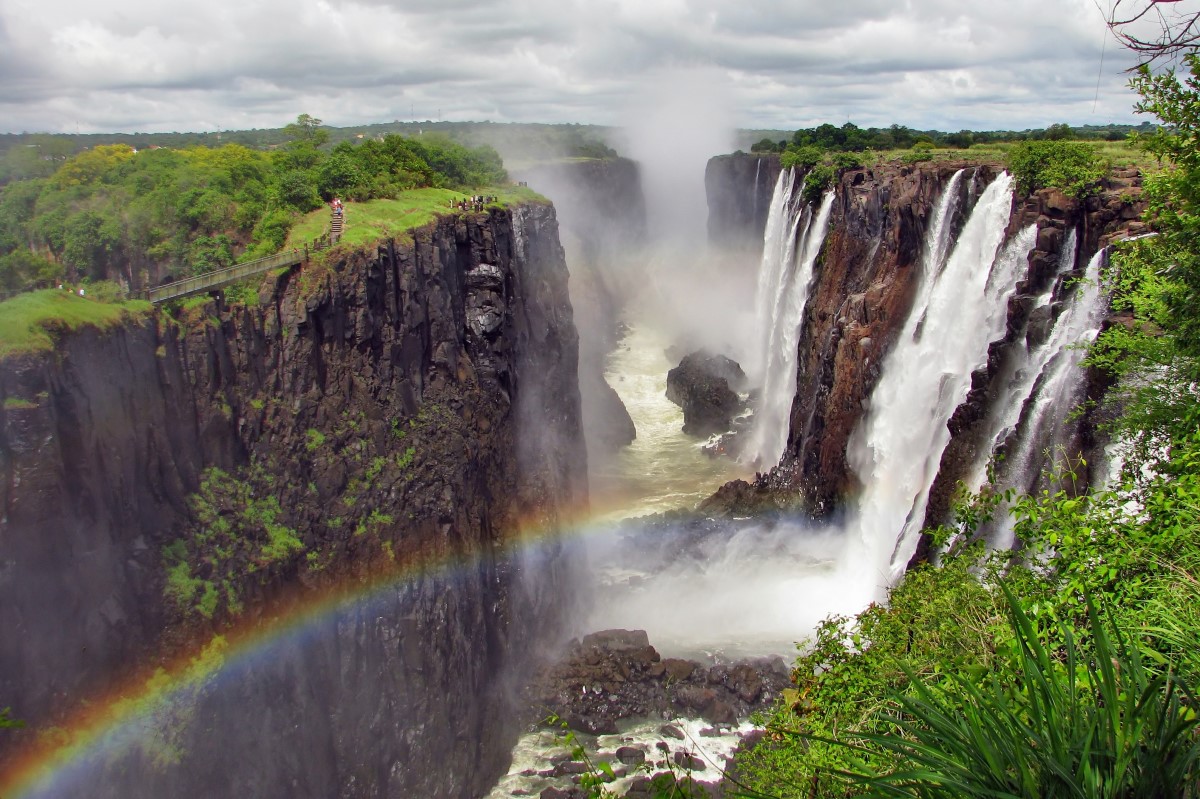 Africa is a content of great contrasts, the cradle of civilization and a place where nature is endowed with all the beauty and imagination of creation. One of these natural beauties is its miracle – Victoria Falls.
Situated on the southern part of the African continent, i.e. on the borderline between the states of Zambia and Zimbabwe, Victoria Falls are the largest and the most spectacular waterfalls in the world.
British explorer David Livingstone described this place in this words – “This is the most miraculous spectacle I’ve ever witnessed in Africa.” He wrote this while he was standing on the river island and watched the Zambezi river as it thunders and pours down into the narrow cleft. This Englishman was the first European to see these falls.
The sound of pouring water was so intense that the natives would slowly approach to the falls in a fear of the mighty ghosts. This miracle of nature was called Mosy-oa-Tunya, ie. “the smoke that thunders”.
David Livingstone named these falls after his queen, and the town nearby waterfalls carries his name too – Livingstone, even though its former name was Maramba.

The Zambezi river is 2059 km long and it is the longest African river with the height of 108 meters making it the world’s largest sheet of water. Victoria Falls comprise five falls – Eastern Cataract, Rainbow Falls, Horseshue Falls and Devil’s Cataract on the western side of geological fault.
An enormous cloud of fog flows over the waterfalls, the largest being at the end of a rainy season when 321 million litres of water rushes down in a minute. The amount of water decreases to some 18 240 000 litres of water in a minute at the end of a dry season.
Victoria Falls are surrounded by lush vegetation due to the clouds of fog that turn into drizzle feeding thus the whole area. On the left and right side of the Zambezi river is a national park, on the Zambian side being situated the Mosy-oa-Tunya National Park and Water Falls National Park on the area of Zimbabwe. Tourist destination of Zambia is Livingstone (Maramba), only 8 km distanced from the waterfalls. The smoke that thunders is indeed a breathtaking image in the landscape of Africa. From long ago up to the present the local indigenous peoples of Africa were awed by its overwhelming power and size. So it’s no wonder Victoria Falls lure so much visitors eager for some adventure and natural wonders of the African continent.