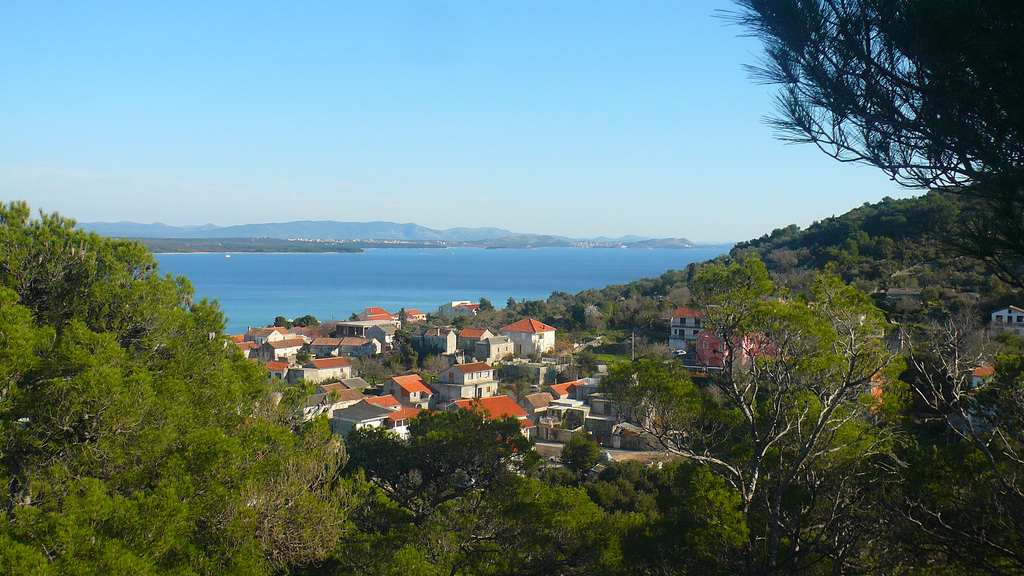 Tkon is an ancient fishing place situated in the southern part of the Pašman island, along with marina and the ferry port.
Official name of the place dates from the y. 1840, and it resulted from an unedited correction of “Tcon” that Venetian topographer has once written from the spoken “Kun”. Typical fishing place and port is also called “the door of Kornati”. Local people were mostly engaged in fishing of European flat oysters in the Pašman channel, after which the oysters got their name in the first place.
Similarly to other settlements on the island the residents of the island were predominantly involved in agriculture, farming and small cattle breeding and fishing naturally. Since one of the most important agricultural industries were olive- and grape-growing, shipping trade treasured by certain families should also be mentioned. In this context Ugrinić and Katičin families should be emphasised, in particular since the Katičin family makes traditional ships of this area even today, like “gajeta” (wooden boat), “guc”, “batana” or the so called “skaf”.
Moreover, the residents also used to built bunje (small stone houses) in the fields and olive groves that served as a shelter place during stormy weather, for them and the cattle which mostly consisted of sheep and donkeys.
Even today it is possible to witness numerous stone corrals, some of them still being in use. Clean sea, sandy beaches, nice climate and hospitable hosts can thus only contribute more to the beauty of Tkon.