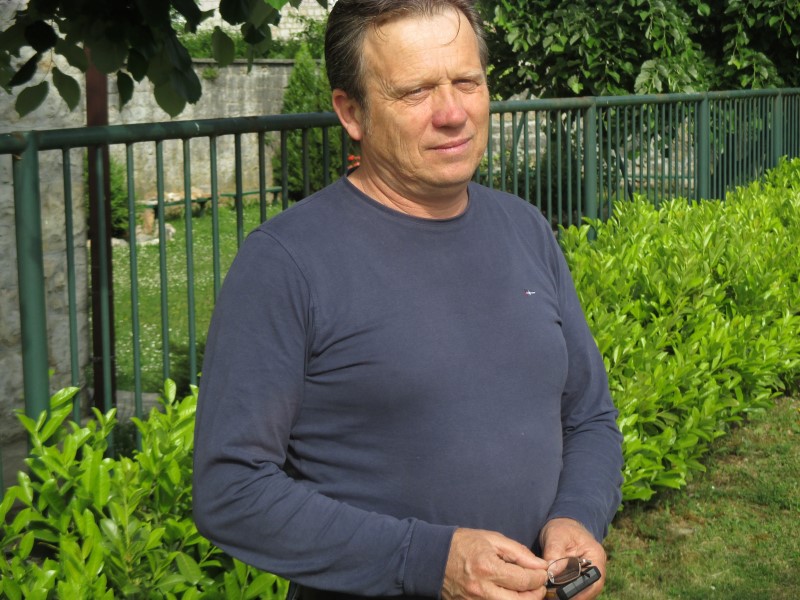 April, May and June are key months for honey production which can be seen in the increased attention given to beekeeping. It’s the time when beekeepers put more effort into their small treasures by taking long trips and finding the right areas for their precious bees to produce sweet honey. This is how experts, beekeepers, and enthusiasts alike begin to tell their love story with honey.

In the last couple of years Dalmatia has become more interested not only in rural tourism but also in beekeeping, particularly in the hinterland, that is, Zagora which, thanks to its natural habitats, makes the perfect area for beehives and their relocation. So while bees are napping in the winter, their owners diligently store reproducible materials, and perform what needs to be done before spring comes along.

Mr. Ivan Mravak, one of the most active beekeepers of Dalmatia, was kind enough to join us for drinks and share his insight into these creatures and the honey making process. Thanks to him, beekeeping in Dalmatia has a lot of potential to grow. Together with his fellow beekeepers, Mr. Mravak organizes seminars trying to share his knowledge on the subject of honey, fairs which highlight the quality and numerous benefits of honey, and so on.

Mr. Mravak, you’re considered to be one of the most prominent beekeepers in Dalmatia, if not elsewhere.
– That’s what they say but there are many good beekeepers in Croatia. You see, it’s not the number of beehives that counts, it’s the obtained knowledge and experience. But yes, in this area, I do have the largest number of beehives, and my whole family helps with the beekeeping, and so far we’ve been very successful in Dalmatia.

What qualities does a person have to possess to enter into this line of business, and take his entire family along for the ride?
– When you’ve been spending more than 20 years in the company of these beautiful creatures, and so has your family, there has to be love there. You give yourself 24 hours a day, all year round. Otherwise, you won’t get any results. Honey, royal jelly and other products are there only when you become one with the bees; you transfer them from one place to the next, you look for bee pastures while they’re dormant in the winter, and my entire family takes care of them so that they can give us something in return during these months.

According to the beekeeper’s calendar, all eyes are on these two, three months. Why is that?
– Yes, these are the most active months of the year when it comes to little worker bees. We have God-given nature with some amazing bee pastures at our disposal. My bees are currently on Čiovo, some in the Vodice hinterland, and in the suburbs of Knin at Bagrem. So yes, beekeepers are on the move during these three months, moving beehives around, checking if everything is as it should be.

When asked about the “best” honey in Dalmatia, Mr. Mravak says the following.
– Even though you can find a large variety of honey products on the market and store shelves, the fact remains that the Dalmatian honey has the best quality because there are no pesticides, toxins, only karst and excellent bee pastures. This is why people recognize us but unfortunately we don’t produce enough for large foreign markets. However, every single product of ours is sold here in Dalmatia, it remains with its natives. I’d also like to add we do have people from the EU who’re interested in our products as far as quota and quantity go.

Ivan, can bees recognize their owners seeing how they tend to hurt them at times?
– This is precisely why my friends tell me to quit this line of work because these animals don’t know who’s in charge. No matter who approaches beehives, they will sting and keep on stinging in order to protect their turf and community. I mean, we do have protective clothing but it’s important to get past the fear of being stung. I get stung too, and it hurts as much as it would hurt the next guy. But I’m different from the rest in that my immune system has developed tolerance to bee stings and I don’t swell like I used to. So with proper means and equipment the number of stings can be significantly reduced.

Mr. Mravak would like to share with his fellow beekeepers that it’s important to be persistent, patient and get the work done professionally. There’s no room for procrastination when it comes to bees. In other words, what needs to be done today should be done today. And keep in mind that finding quality pastures is vital because it will have a direct impact on the upcoming season.

Find out more in category: Economy