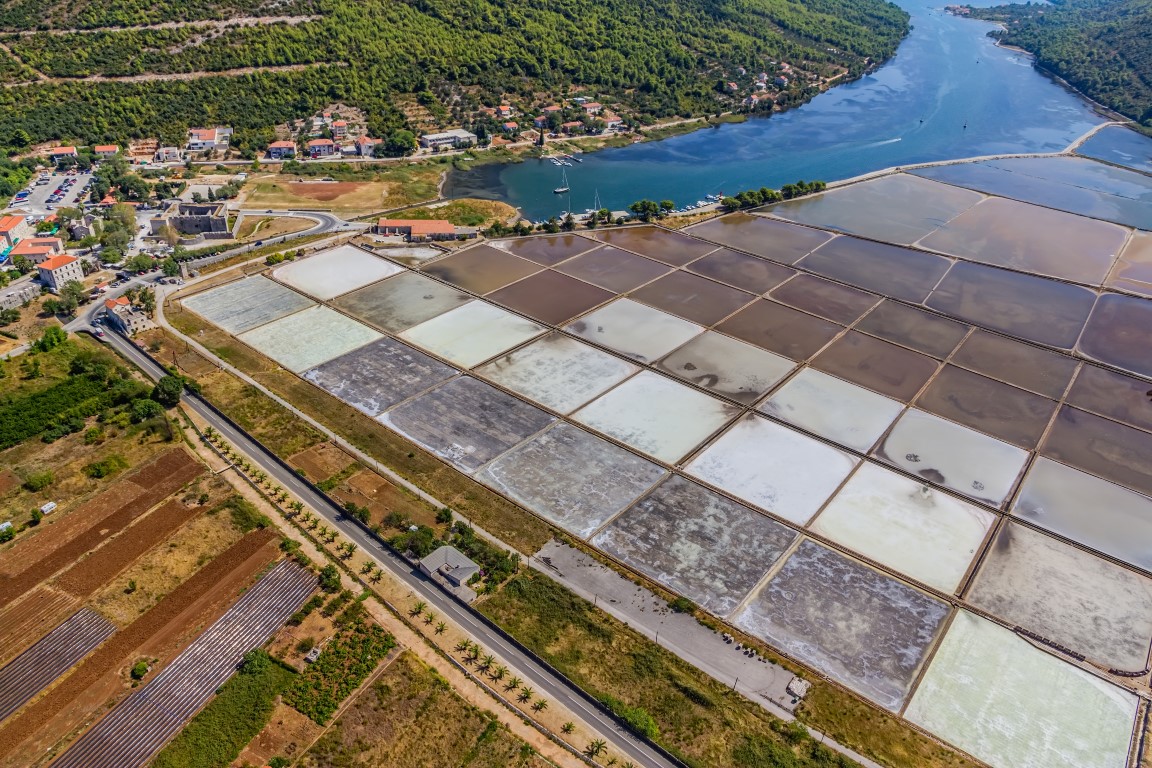 Did you know that saltworks in Ston, one of three saltworks in Croatia, is the oldest in Europe, and maybe even in the world? Historical facts indicate it dates back in the 14th century and it has been in function ever since then. Bearing the fact that the Republic of Ragusa bought Ston in 1333 and surrounded it with fortification walls in 1390, Ston became an ideal location for the saltworks since it used to acquire majority income to the Republic of Ragusa. Another interesting thing to note is that saltworks is divided into pools, all but one (Mundo – ‘for the people’) named after some Christian saint – St Francis, St Peter, St Paul, St Vlaho, St Nicholas. The saltworks produces approximately 2000 tons of salt, the most profitable year being 1611. Sun, sea, wind and man, all combine their forces aimed at producing top-quality salt and salt flowers, and upon seing the results, the employees of Ston Saltworks can be more than satisfied for having achieved this goal.