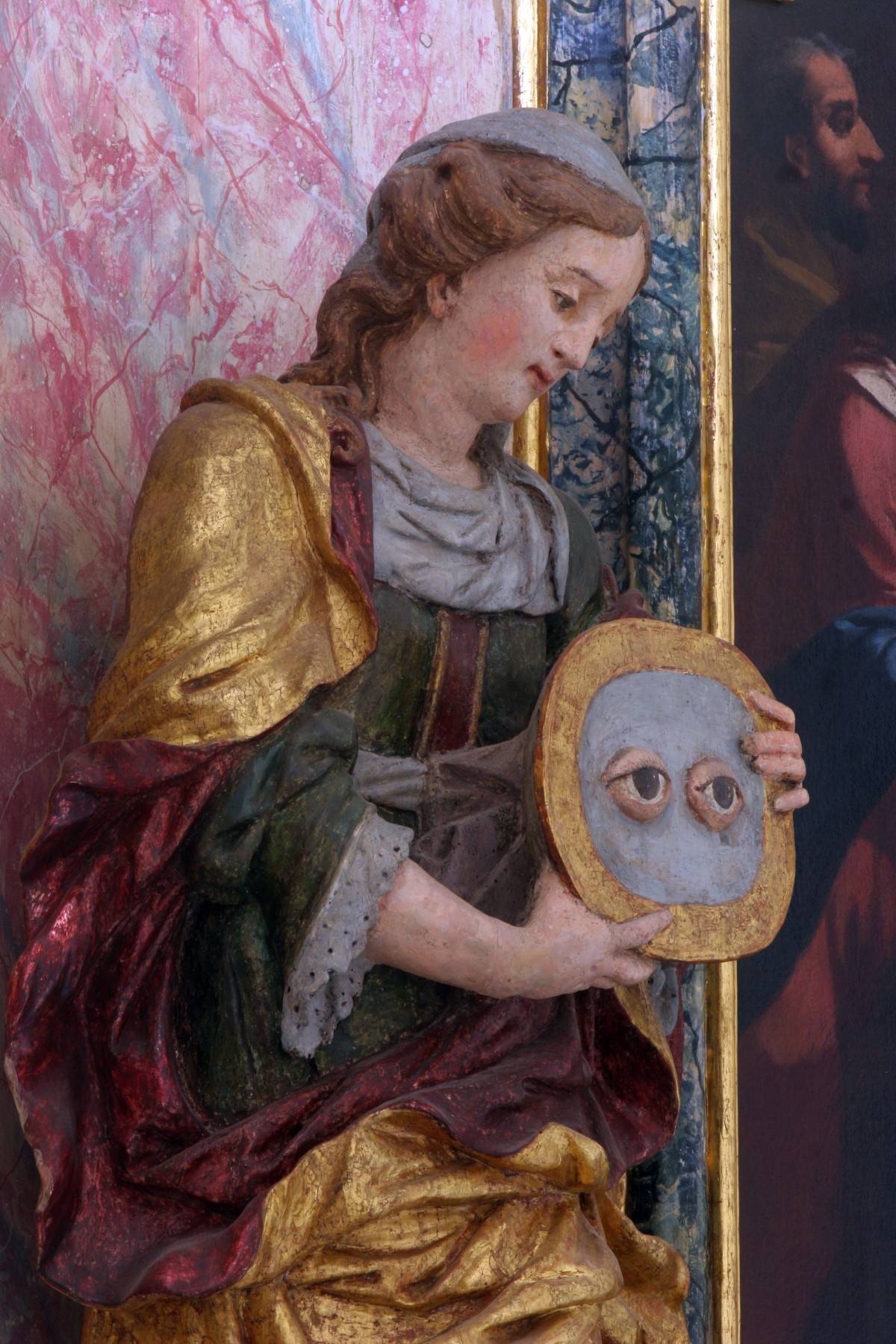 A girl born in 284 in Syracuse in Sicily, with its pure heart managed to make a home for the Lord and helped her ill mother when all doctors have already given up hope of her recovery. The legend says her father had promised her hand to a rich young men, but sadly, her father died soon after and small Lucia was left alone with her mother Eutihia. She prayed to saint Agatha and being so happy her mother had recovered from her illness, she found the strength of her own faith and decided to live the rest of her life in purity. Soon she started to give away all her belongings to the poor regardless of her mother’s advice to rather do this through an act of the final will. Lucia answered to her that her property is the only thing she gives, since on the way to the eternity one doesn’t need a light behind his back, but in front of him, the same way good deeds need to be guided forward, to the light, to finally reveal their essence. Because of such unselfishness she was reported as a Christian, and this was precisely the act of that young man to whom she was supposed to get married. The power of her faith was attempted to be broken several times by forcing her to sacrifice herself to the Roman idols. Her answer to that was she knew nobody but God, the maker of heaven and earth and added that she is his dearest victim when helping those in need is in question. She gave all her possessions to the poor, so the only thing she could do more was to sacrifice herself to God. They didn’t succeed to take away her purity nor to set her on fire, since the fire couldn’t reach her, so the judge stabbed her throat with a sword and she received two crowns: the virgin and the martyr one. Shortly before she died she foretold Diocletian’s death and the end of Christian persecution. The final punishment she endured was when her eyes were pulled out after which her weary body was rendered to the Lord in the y. 304.
The other legend says one young men was completely smitten by the beauty of Lucia’s eyes. Lucia then dig her own eyes out just to get rid of her unwanted wooer. This young pagan was so touched with her act that he himself turned to God and became a witness of the faith Lucia advocated through her act. Mary then gave her even more beautiful eyes than she had before. Artists usually present Lucia as a divine healer of the eyes, recognizable by the stagger and a wound on her neck, the lamp and naturally, eyes she holds on a plate. She is the patron saint of peasants, blind men (physical and spiritual), boatmen, glaziers, tailors, blacksmiths, merchants, notaries and doormen.

To honour her memory, 13th December is the feast day of St Lucia, since this is the shortest day of the year and the longest night of the year, symbolizing the tamed light of her blind eyes which in addition announces the light of the Christmas night. She is especially praised because she gives the strength and light to the winter sun which will warm up the frozen land enabling new plants to grow. This is why on this day Croats customarily plant the Christmas wheat which symbolizes the restoration of life and fertility. It is believed that the length of the wheat in the 12 days to Christmas reveals how successful the upcoming year will be. St Lucia’s Day is also well-known to children who like when they receive candies, fruit or dry figs in their slippers or under a pillow.
Another custom related to Split in Dalmatia refers to the crypt of the Split cathedral which is opened to the public on this day only, which people visit and take the blessed water while saying a prayer and asking St Lucia to keep their eyes health or to improve vision as well. The scene of candles being lit in front of the crypt evokes in us a particular feeling of peace and ease. It’s no wonder Lucia’s name is derived from the Latin word Lux, lucis, meaning ‘light’, which serves as as a reminder how brave and decisive we need to be when testifying faith is in question, so we too can eventually become worthy of that light.