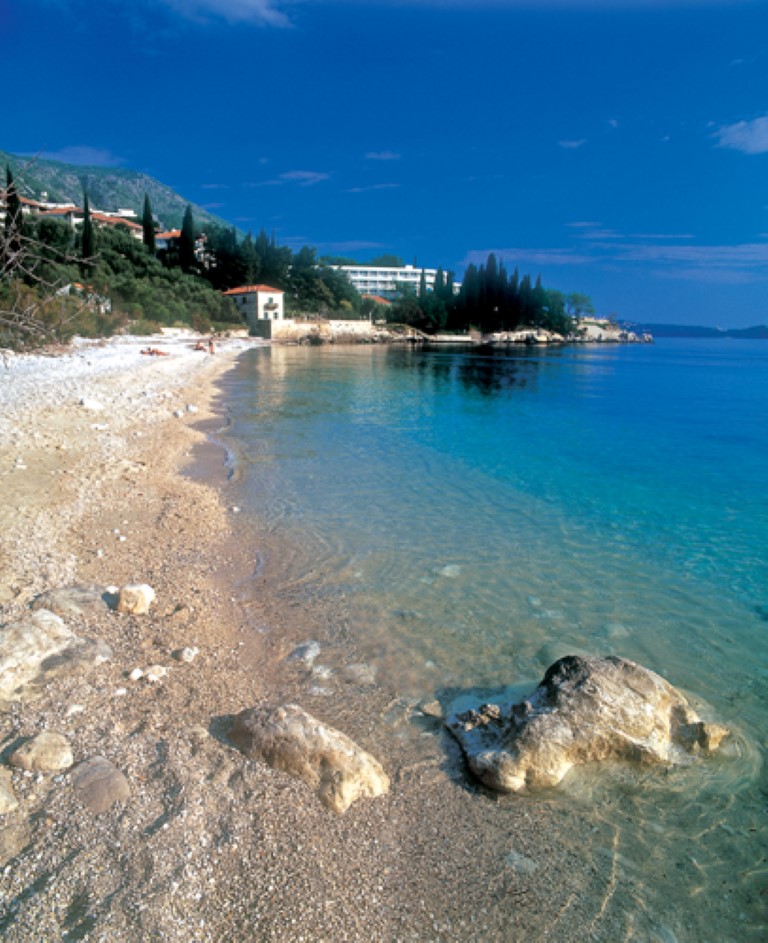 At the end of the Župa dubrovačka Municipality lies an old Belenum that Croats have translated as ‘white’ (‘bijelo’) and kept this name until 1734, while the name Plat was first mentioned in 1400. This area is in a way an intersection of Roman, Dubrovnik’s (Ragusa), French and modern ways of life. The oldest archaeological site Spiona preserves the Illyrian and Roman traces and the settlement Plat itself has three preserved small churches, actually three miniature sacral monuments built by local masters. Medieval St John’s church is situated on a hill above Plat, and it was firstly mentioned in the y. 1366. Near the church that watches over Plat as a guard, is an old cemetery, now covered, with only few gravestones left.
Small St Spirit’s Church from the 16th century in the hamlet area of Igrište is built in neo-renaissance style with Gothic features and with the open bell tower. The architectonic solutions and decorative elements reveal a great monumental value of this chapel. Our Lady of Assumption Church, “guarded” by two giant cypresses, almost 21m tall, a genuine heritage of this area, was built in the 19th century, probably on the remains of the former church. The very area where this church is situated is extremely old which is also evidenced by the headstones found around it. Moreover, this area also has a hydroelectric power plant, built in 1965, and not far away from there is the Račić family summerhouse. Plat has once again gained on its importance as a resort with numerous tourist attractions to offer, in addition to the crystal sea, pebble decorated beaches, interesting trips, luxury hotels and rich gastronomy, all recognized by both domestic and foreign guests.

New look of the old park Đardin
Far away in the open sea ….Palagruža