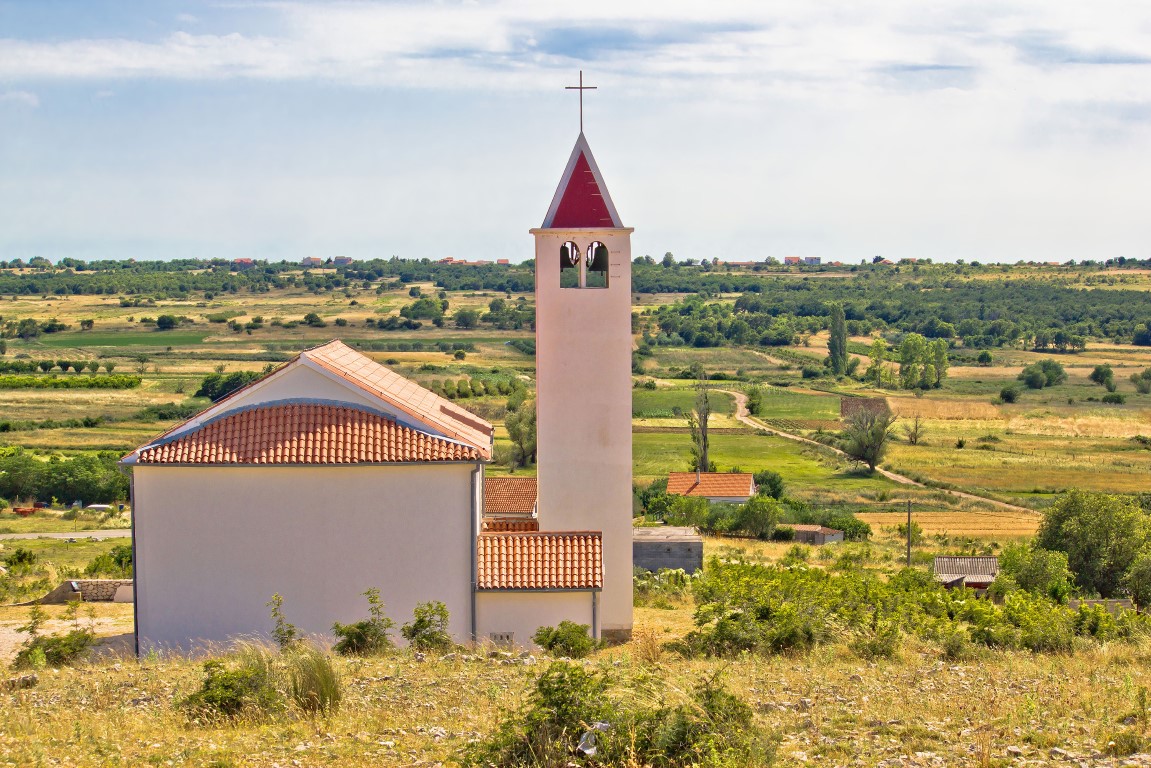 There are few places that encompass such a vast and arable area like Ravni Kotari region does. Once referred to as ”Croats”, this area expands from Bukovica, Benkovac and the Novigrad Sea in the north, and a narrow coastal part from Zadar to Skradin (Krka delta) in the south, that is, from the Zadar hinterland in the west and Skradin hinterland in the east.

Benkovac is the sole administrative centre even though it’s located on the eastern boundary of Ravni Kotari. Arable flysch valleys with fields and drained mud ponds alternate with karst ridges forming a gentle hilly landscape, the Dalmatian Littoral being the best area. Agriculture is widely spread, particularly around Zemunik, Galovac, Smilčić, Stankovac, Benkovac, Polača, Raštević, Poličnik, Škabrnja, Nadin, and many other settlements. Due to its good soil and irrigation system, the cultivation of different species has improved, thus making this part of the County an important food-exporting area, particularly regarding fruits, vegetables and flowers.
The northern part of Ravni Kotari, towards the Novigrad Bay and Velebit Channel, is characterised by karst landscape, and is more exposed to the strong Velebit bora wind known to cause serious agricultural damage. The settlements of this region are for the most part scattered around, forming several hamlets which have seen significant changes in construction and lifestyle in the past few centuries. The locals are more engaged in preserving their identity, tradition and customs, as well as environment protection, improvement of autochthonous, traditional and eco production which in turn impacts the development of rural areas. There are numerous picturesque sites worth mentioning but we’ll name just a few – Smilčić archaeological finds being one of them. A fragment of stone beam with the inscription of duke Branimir in Šopot (9th ct.) is another example, together with the castle of Stojan Janković in Islam, Benković citadel in Benkovac, and Meštrović family chapel at the Benkovac cemetery.
The Ravni Kotari region is described by many as one of the most beautiful areas of Croatia. We couldn’t agree more.