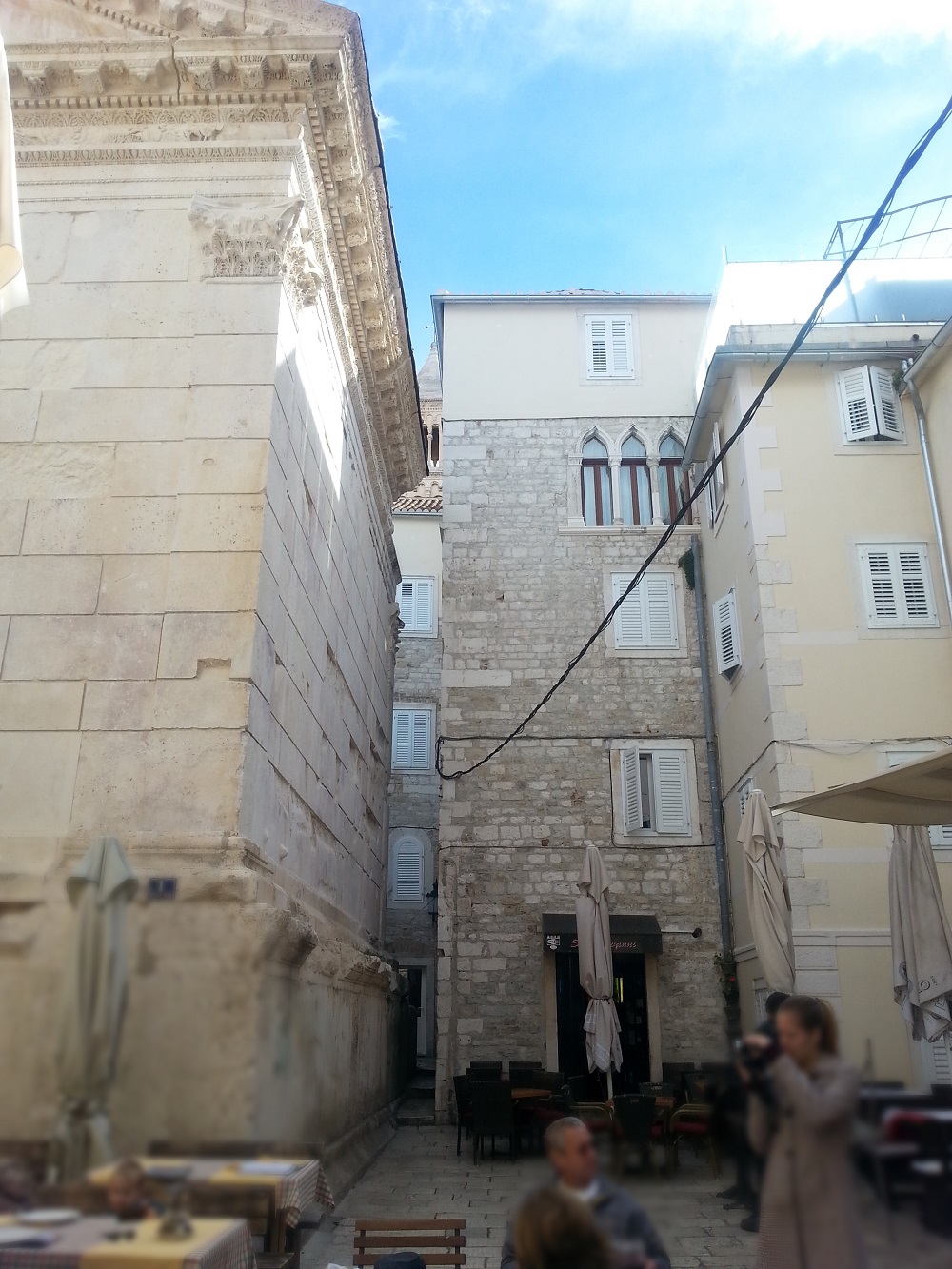 Place of action – Split, a town of versed beauty (streets and people) and of astonishing connection between the old and contemporary… Among countless streets and little alleys, in the midst of the ancient Roman palace, hides a miniature street which has the reputation of being one of the world’s most narrow streets.
As a narrow slot, divides five-story building with gothic ornaments from Jupiter’s Temple, a historical monument whose size only additionally emphasizes the street’s small size. At first glance, almost imperceptible and irrelevant, with no inscription to mark its name and existence, during time was and has remained a silent witness to colorful stories about encounters and characters of its passers-by. Its peculiar charm conquests each day the hearts of local people thus becoming a constituent part of general knowledge which is best exemplified in the fact that there is not a single person who has never heard of this street or has some relating story. As an inexhaustible source of anecdotes and jokes, wide just enough to allow one person to pass, often presents a test of patience for those who, wishing to pass there in a hurry, are forced to wait for their own turn.
This little jewel of Split, fascinating not only to people from Split, but tourists as well, has been attracting lovers of cultural heritage from all over the world inviting them to participate in a centuries long story of encounters and bypassing that end in laughter or perhaps nervous shouts after which it derived its name – Let me pass!