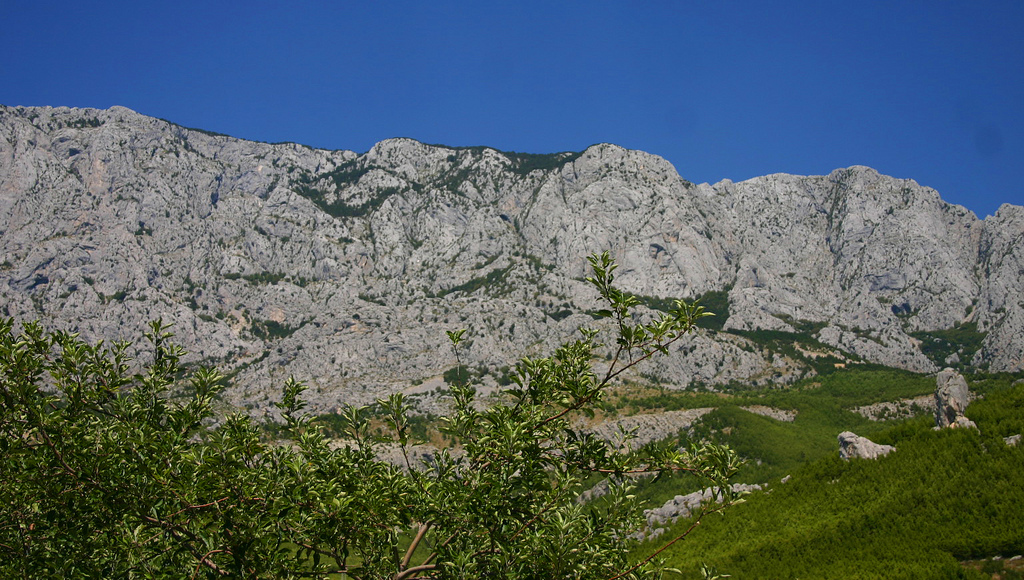 Krvavica is a small and interesting place located at the western part of the Makarska Riviera on the slopes of the Biokovo mountain 6km south from Baška Voda. Archaeological sites Gradina, Lazine, Zakuće and some archaeological findings like coins, sarcophagus lid and similar witness about the life of this place as early as in the Ancient period, even though the place itself really had no inhabitants prior the 18th century. The name Krvavica is for the first time mentioned in the y. 1792. Not until 1960 when tourist complex resort was built next to the sea along with the central circular-shaped building of the same name, that tourism in Krvavica begin to develop. Now this place offers accommodation in modern apartments and private houses. In addition to white pebbly beech Krvavica has one more phenomenon – the Ključ kuk, extremely high cliff situated right above the settlement. Somewhere in the beginning of this century Krvavica also got its port. Krvavica hosts a bay with 150 berths allowing thus numerous tourists to come and enjoy this interesting area of the Makarska region.