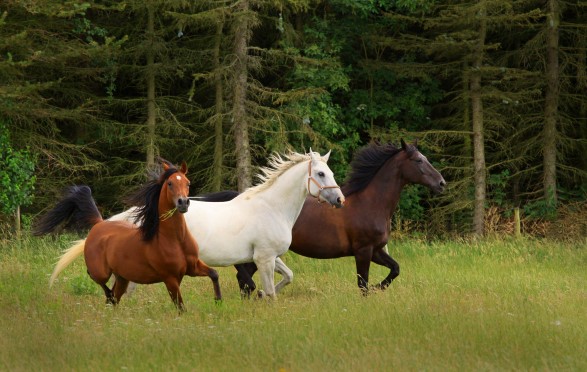 Ever since time immemorial there was a unique bond between humans and horses. The reason for this most probably lies in a distinguishing characteristic of a horse – its nobility, celebrated equal number of times as its strength and speed. Throughout the history horses were predominantly used in agricultural activities, but they also denoted status symbol of certain emperors and kings which is how they became the subject of numerous stories and studies.

All this interest led to rather interesting findings that will not just enrich your knowledge, but will entertain you as well.
– There are 75 million of horses in the world and no two horses are ever identical.
– They have far bigger eyes than any other mammal which enables them to see at night much better although their brain is the size of a potato.
– They can see the surrounding with either eye and they swivel their ears towards whatever catches their attention. They also use their tail not just for keeping away biting insects but to communicate with their own species.
– Horses’ gallop averages from minimally 44 to maximally 88 kilometers per hour.
–Their average lifespan is around 25 years, which is normal for domestic horses, and they require food and water to survive. Interestingly, horse can drink up to thirty eight liters of water per day and produce the same amount of saliva too.

In addition, it is essential they sleep several hours. Their eyes are half-closed for two or three hours per day. They sleep longer during the summer than the winter and they can sleep both standing up and lying down.