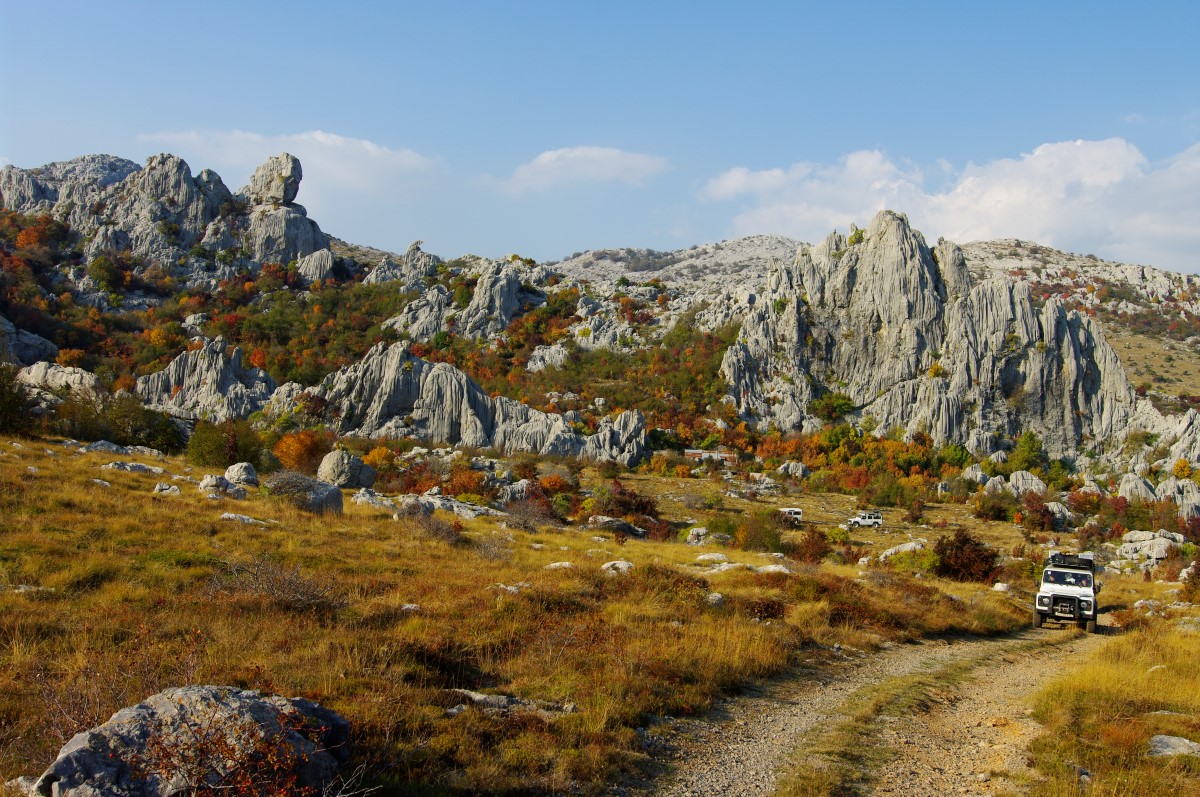 The Paklenica National Park is the second declared national park in Croatia, only a few months older than the Plitvice Lakes National Park.
Geomorphologic features rise canyons of Mala and Velika Paklenica among the most interesting and impressive areas, deeply inserted into the womb of Velebit. The highest peaks of Velebit are Vaganski vrh (1757 m) and Sveto brdo (1753 m), and besides them there are several caves and pot holes Manita peć above the Velika Paklenica Canyon and Vodarica between the canyons of Velika and Mala Paklenica being the more renown and the largest. This enchanting landscape also wears the title of the largest natural pearl of the Zadar area. Moreover, the Park is a home to several unusual karstic forms, caves, and in the midst of great differences in climate, rich flora and fauna has also been preserved.
Paklenica can be reached from the Adriatic tourist road and the Adriatic Highway. Attractive and startling at the same time contours of Velebit above the Starigrad-Paklenica summer residence lure tourists who search for some light adventures, and numerous way-marks in multiple languages facilitate their movement. Through the wilderness of the Velika Paklenica canyon where the highland women used to carry salt on their back from the shore, and wheat from the fertile countryside of Lika today passes a nice walking path. Paklenica attracts more than 100 000 visitors annually, and the most faithful guests are climbers who can even be seen from spring to fall as they clime the rocks of Paklenica, especially on Croatian highest rock Anića kuk, 712m high, from where one can witness breathtaking view of the Adriatic, Zadar hinterland and powerful Velebit. Surely you’ll make a good choice if you manage to visit the captivating Paklenica National Park, at least for one weekend.