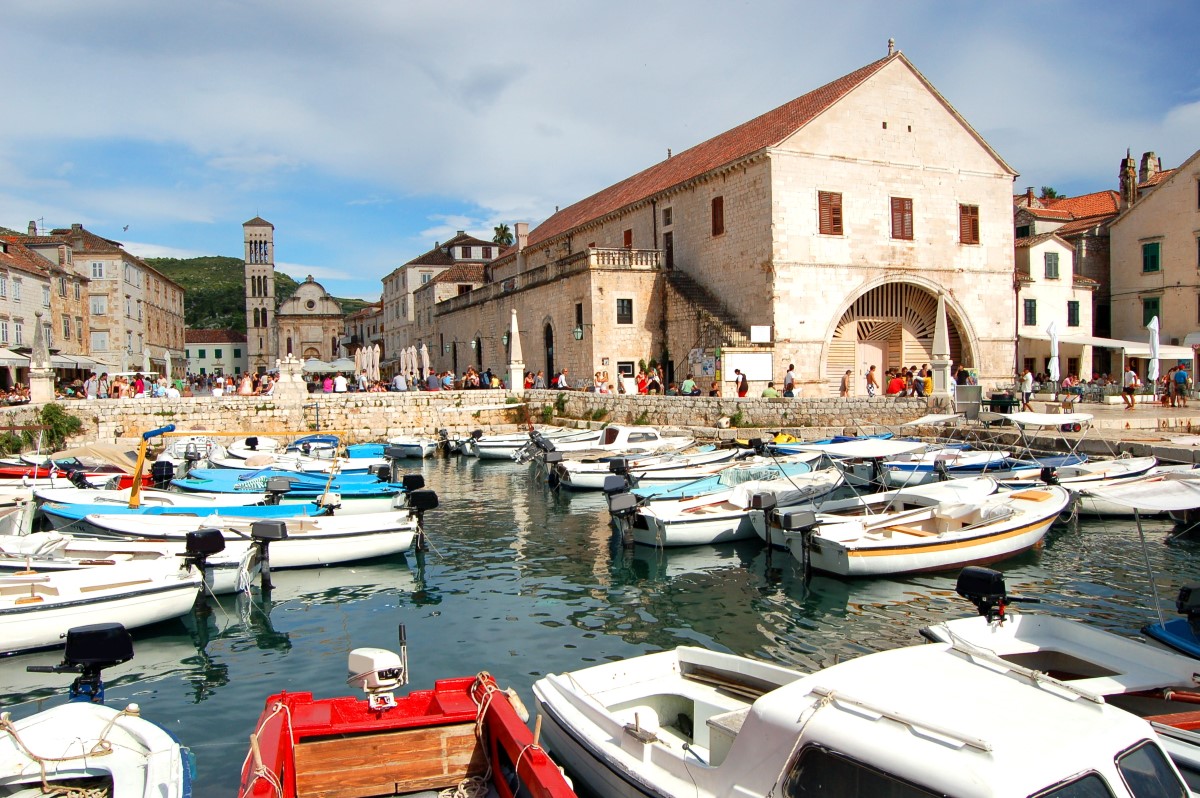 Hvar Folk Theatre ever since its establishment in 1969, has been nurturing, honouring and representing Hvar’s theatre heritage by participating in all town manifestations, and not just in the town Hvar, but wider, on the island Hvar and across the whole Croatia and abroad. From the y. 1969, and especially from the y. 1991 when the theatre was finally restored, Hvar Folk Theatre has performed in more than 50 towns in Croatia and abroad (Austria, Switzerland, Italy, Hungary, Germany, Slovenia, Bosnia and Herzegovina, etc.). As for our country, almost every festival of Croatian amateur theatres ended up in collecting the first prize among amateur theatres on the national level.
Worth mentioning achievements are acknowledgements and performances made at the Dubrovnik Summer Festival, The Split Summer Festival, 150th anniversary of Matica hrvatska and at Folk Theatre Festivals. Performances of the Hvar Folk Theatre are the most representative cultural product of this town, an indispensable part of all anniversaries.