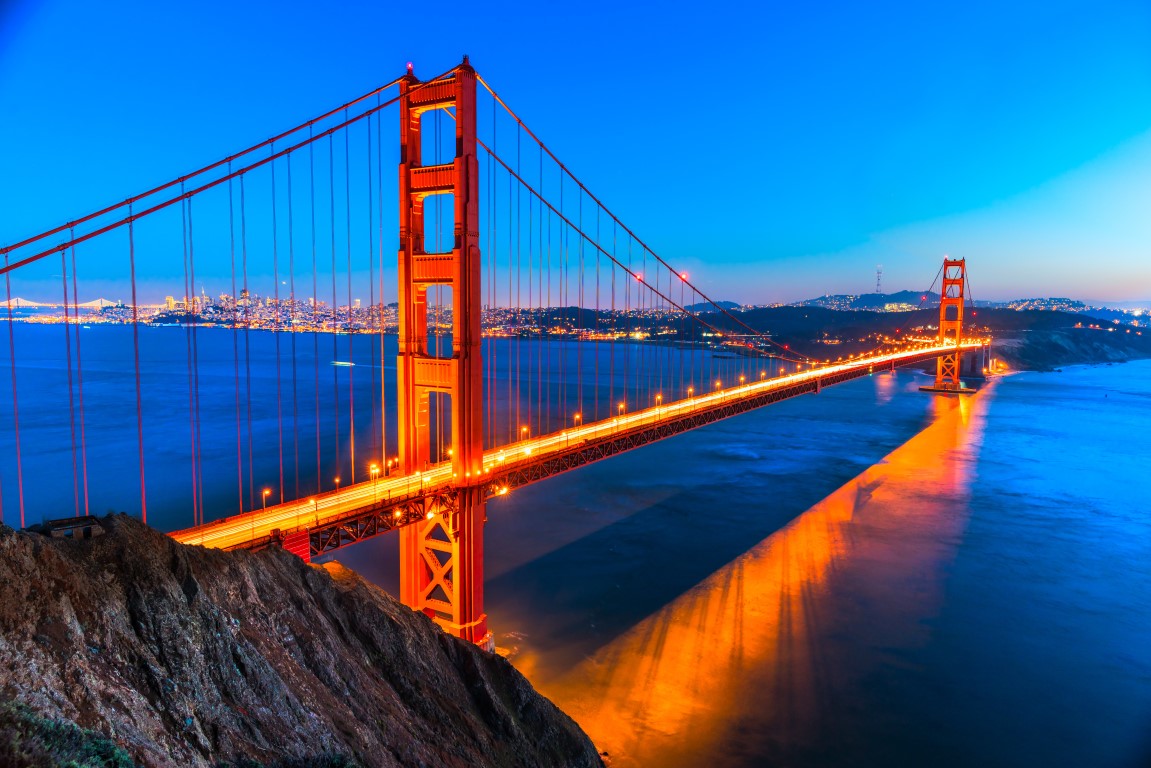 The Golden Gate Bridge is undoubtedly recognized in the world as a symbol of San Francisco and California with more than 40 million of vehicles passing over it in a year. It was built in the y. 1937 as one of the most ambitious projects from the Great Depression. The structure links the U.S. City of San Francisco to Marin County and it is the utmost example of elegant engineering. Its design comprises Art Deco style and strength since it is made to endure any weather condition, from storms to earthquakes. Admiration and skepticism were the first reactions at the project that in 1918 was started by a young engineer Joseph B. Strauss: magnificent suspension bridge that should take over the role of ferry boats that connected San Francisco to the cities of Marin County over the entrance to the bay. A strait between San Francisco and the Pacific Ocean is in 1846 called the Golden Gate by a captain John Fremont, probably by analogy to the Golden Horn in Instanbul. This investment was at first assessed at $27 million, but eventually, due to various interventions, reassuring of the public and similar, it rose to $35 million. The bridge has six lanes for motor vehicles and two trails for pedestrians and cyclists. According to the statistics, more than 100 000 vehicles passes over the bridge each day. When the Golden Gate Bridge was built it denoted the longest suspension bridge in the world and as such have immediately become the symbol of San Francisco. Currently, it is the eighth longest suspension bridge in the world, and the second in the U.S.A., after the Verrazano-Narrows Bridge in New York.