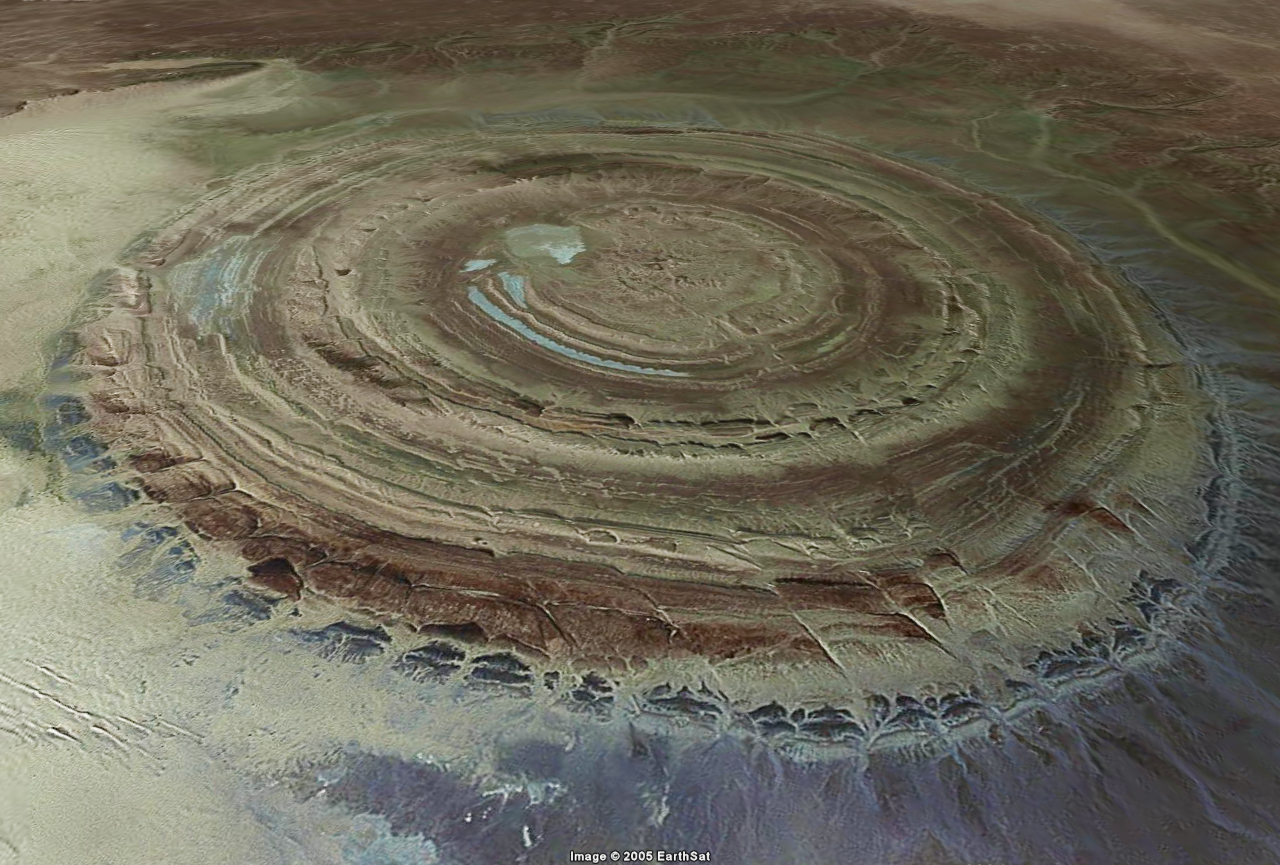 A geologic phenomena of 48 km (29 mi) in diameter we will be discussing in this article is located in the southwest Sahara, and is very visible from space.

The Richat Structure, also known as the Eye of Sahara is thought to have been caused by a meteorite impact. There are others who think that it is a dormant volcano.
Geologists now believe that the ring dikes this feature is known for are actually a result of elevation and erosion. They have confirmed that the center is covered with siliceous minerals while the upper rock formations date back to the 6th geologic period of Paleozoic – Ordovician, and the lower rock formations originate from the Proterozoic. However, its circular shape still represents an unsolved mystery, one that is difficult to explain.

Here is some information on Mauritania. It is an independent African state as of 1960. Moreover, it is a desert terrain with an abundance of underground waters.