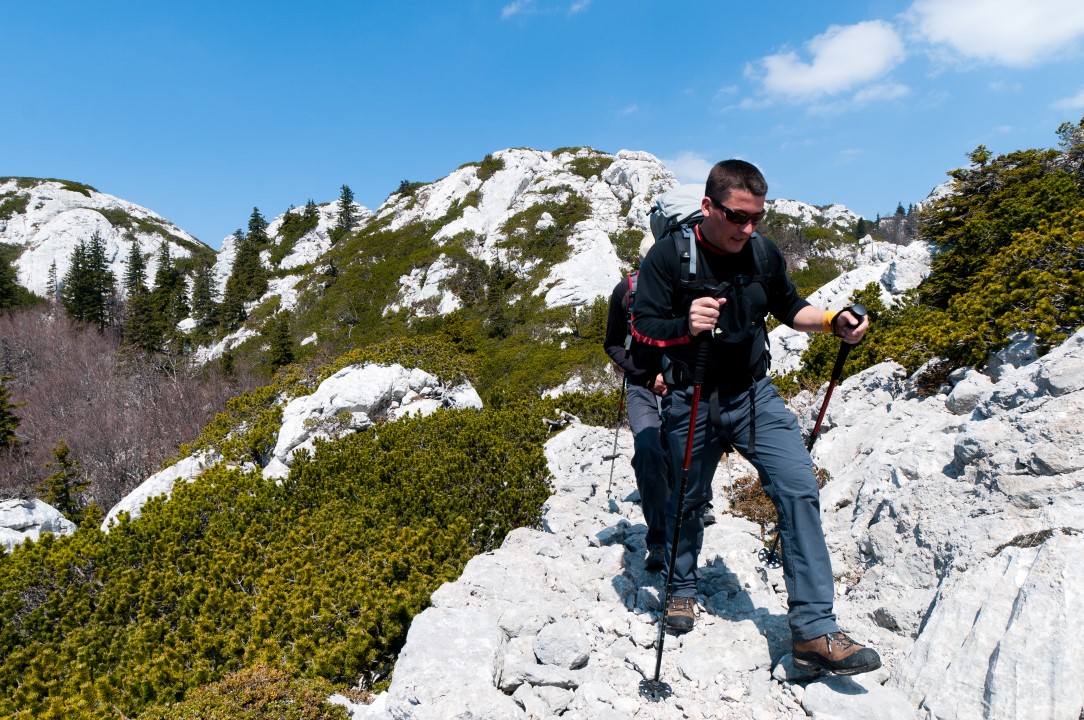 Velebit Nature Park, with a total length of 145 km (approximately 90 mi), extends from the Vratnik pass in the north-west to the Zrmanja canyon in the south-east. It meets the Adriatic Sea in the west, and is surrounded by the Gacka Plain, Lika Plain and Gračac Plain with rivers that share the same name.

Velebit Nature Park is the largest protected area in the Republic of Croatia thanks to its nature and preservation of biodiversity. As of 1978 it is a part of the UNESCO World Network of Biosphere Reserves. The Park also includes two national parks – Paklenica and Northern Velebit.

A long time ago, this area was well inhabited, proof of which are many remnants of structures, religious objects, old dwellings and mountain settlements. These monuments, like the Writing on Stone, numerous mills, memorial stones, shepherds’ abodes, speak volumes about the customs and habits of their former occupants. You can experience some of this natural and cultural heritage by following different trails like Terezijana, located on the Karlobag – Gospić road built in 1786, then the Kuda’s Bridge trail where you’ll get to see the most beautiful waterfalls and travertine cascades of the Krupa River. This bridge is also the oldest preserved crossing over the said river. Moreover, the Starigrad Senjski – Donja Klada trail, that was laid out in 1847, offers a view of several breathtaking bays. One such bay is Zavratnica which is also marked as a protected landscape.
There is a part of Velebit Nature Park that hides the Cerovac caves, some of the most popular and significant geological formations in Croatia, full of ancient findings. Apart from an abundance of archaeological discoveries, they represent one the largest findings of the cave bear in Croatia.
Make sure you visit the beauty of the Velebit Nature Park!