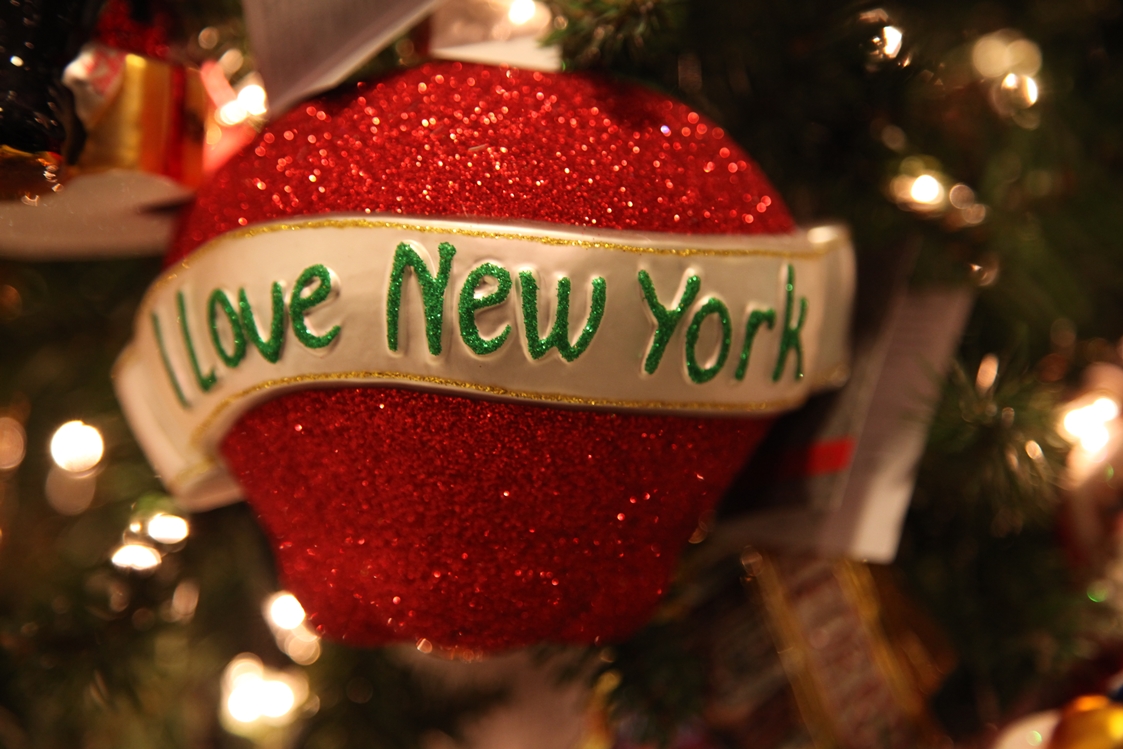 Yellow cabs, Central Park, metro, skyscrapers, lights: New York. One and only. And in Christmas time… Tree in the Rockefeller center, santas in red in every corner, Time Square ball, lights, decoration, snow and Christmas spirit is right there… They say New York looks its best during holidays, so Christmas in New York is something everyone should experience.

I am among those who still hope that some day my dream will come true and I too (like that little guy Kevin in a well-known movie) will be amazed when I found myself in front of a huge Christmas tree in the 5th Avenue in the Rockefeller center, right in the very heart of this megacity. Enormous, sparkling, luxurious, this tree is the final touch of all these decorations that completely absorb New York streets. Colorful windows and lights just scream from thousands of restaurants, bars and stores, while the air simply smells of Christmas. We often hear New York is the city that never sleeps and most people may not even know why, but some inexplicable magic this city possesses will somehow awaken the desire to take a walk through its streets and squares full of laughter, joy, life and fun.
The most memorable New Year’s Eve has also “settled” here in New York. At first glance, maybe like any other, but here in the world’s center one should definitely experience New Year’s Eve on Times Square, where new page on a calender is recorded by a 100- year-old tradition: great crystal ball accompanied by the magnificent fireworks and tons of confetti that counts down the rest to the new year from 18 o’clock up to the midnight when this ball appears on the roof. Ever since 1907 this is the symbol of New Year’s celebration in Times Square.

During winter this city also transforms into one big skating rink where you can enjoy this long-standing activity adorned with the tall skyscrapers in the back, especially when the snow covers the driveways, stairs and streets. The best place to skate end experience the charm of Christmas atmosphere is, you guess, in the Rockefeller center, where angels with trumpets and perfect tree with 30 000 light balls make the most lavishing scene one can imagine.

Even the skyscrapers here carry the Christmas note: rooftop bars, restaurants, terraces, all have another “face”, different than any other in the world. View on Manhattan for instance, regardless from which side, is just perfect. Famous TV series and movies do not praise Manhattan for no reason while searching for the hurried but at the same time chic and glamorous shooting scene since right here every detail of the urban space carries that ‘best’ in the adjective.

New York, place where for one moment in time you can meet a genuine melting pot of people and destinies on some of the New York’s avenue crossroads; New York, live in all its being in Christmas time through frequent gatherings, large events, lively windows and hearts warmer than ever: New York, New York…