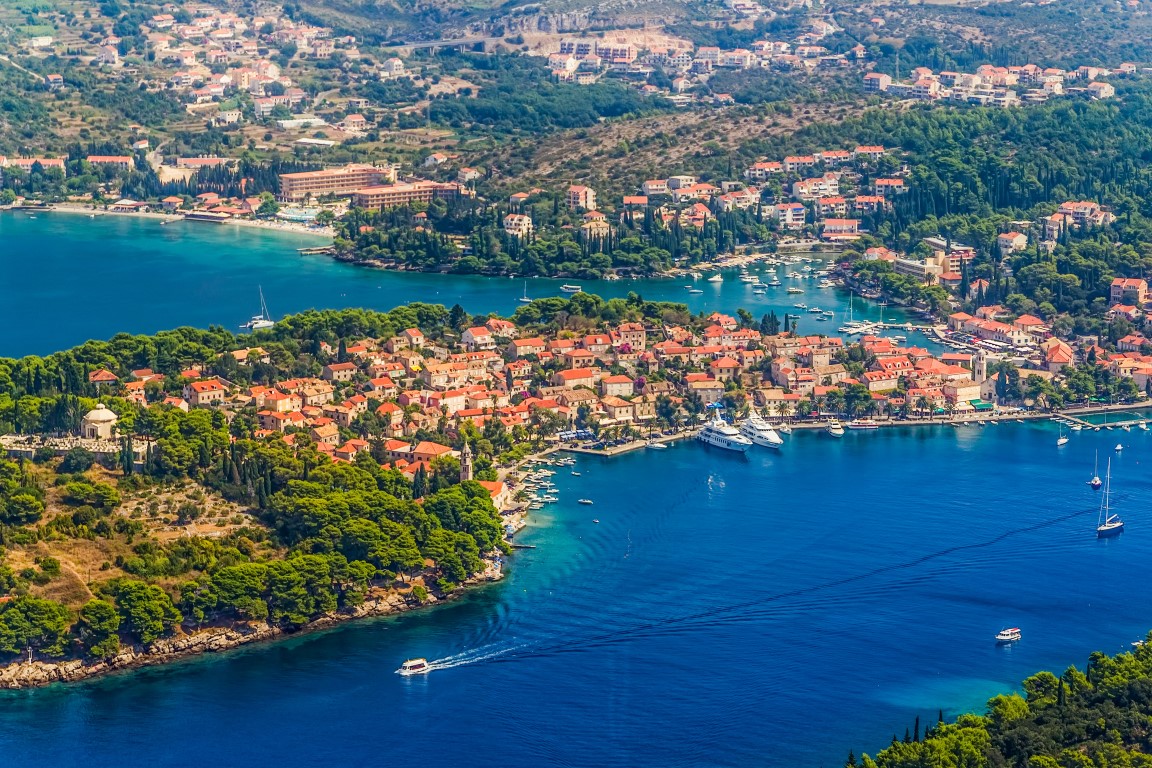 The only and the largest urban centre of Konavle is Cavtat. There are several legends which explain how Cavtat got its name. According to one of them, Cavtat was derived from
Civitus Vetus and is related to a story of beautiful Cvatislava, the only child of Epidaurian king Kodrun and queen Amruža. At the time, Cvatislava had many wooers so the king decided to give a hand of his daughter to that who is the fastest in doing one of four things:
building an external city fortification, a great temple in the city, waterworks or brings a ship full of silk to the town. This legend emphasizes how the fastest was a rich man from Konavle, nobleman Vrsanin, who brought water into the city. During the opening of the Epidaurian aqueduct, Cvatislava was to be the first to drink the water from a golden glass, but before she managed to do that, a large lizard jumped out of the aqueduct right into her arms. The fear gave her a heart attack so she died. People said that probably one of jealous suitors put the lizard into the aqueduct. As a memento to beautiful Cvatislava, after the great earthquake, new Cavtat was built on the ruins of the old one. Another legend says Cavtat got his name from the ancient Croatian verb “captiti” – ‘blossom’, associated to a coastal plant Spartium, commonly known as weaver’s broom, widely spread and popular plant characterised by intensive yellow flowers. Legend has it that the upon several disasters that struck this town, the indestructible town has risen again. That was even sang in verse “Down there something adorns itself in gold and blossoms in the reef.”
Finally, regardless which of these legends receives your preference, this blossoming gold in the reef would surely be worth visiting…