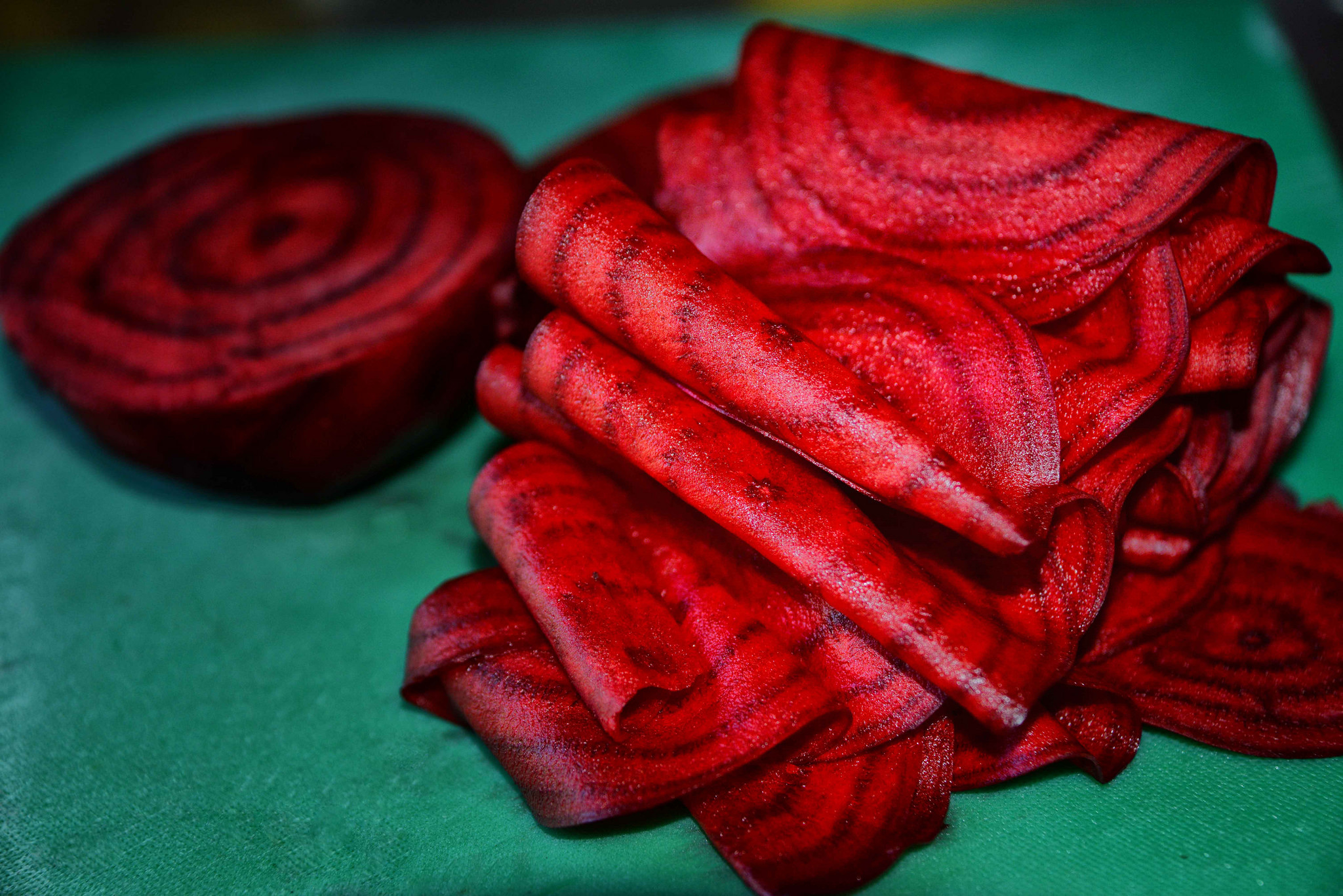 Fall has taken the earth’s stage and is there to stay – leaves are falling down, seasonal goods have been on the markets for quite some time now… Paris Fashion Week just finished, and the new hit colour this fall is bordeaux, anywhere from coats, shoes to small details for women carry this colour.
Food has taken on the same trend. You would be surprised to see how many beneficial ingrediants are of this colour – think pomegranate, apple (Red Delicious), tomato, beetroot, fig, red grapefruit, red onion… From the nutritionist’s standpoint, these foods are always ‘hip’, not just this fall, thanks to their antioxidant characteristics which make them a valuable ally against flu season.

Pomegranate enjoys a ‘superfood’ status because not only is it known for its antioxidant properties, it’s also rich in vitamins, such as vitamins of the A, B and C group. It has an extremely soothing effect on our digestive tract, and it helps cure various diseases. A single pomegranate gives your body enough vitamin C to prevent the flu and infections.

Apple (Red Delicious) is a forerunner because of its high antioxidant levels in comparison with other foods. It helps prevent numerous serious diseases such as heart related ones, cancer and Alzheimer’s.

Tomato is rich in lycopene, an important antioxidant of the carotenoid group.

Beetroot is an essential vegetable, rich in fibers, with an eye-catching bordeaux colour thanks to anthocyanin. Due to high iron levels, it regenerates and activates red blood cells.

Red fig has been a part of the Mediterranean healthy diet for centuries. It’s a valuable source of fibers and minerals, particularly calcium, magnesium and potassium.

Grapefruit is rich in vitamins A and C, and to a lesser degree, in minerals such as phosphorus, calcium and potassium. Red grapefruit in particular stands out with five times as many vitamin A levels than any other type. It’s also rich in vitamin C which helps with the flu.

Red onion is a good ingredient to have if we are having digestive problems. It’s also a known diuretic because it eliminates fluids from our system which is why it helps with urinary bladder infections. In the olden days, it was especially used as an antibiotic and antiseptic. Thanks to one of its ingredients – vitamin C, it has a soothing effect on our system during flu season.

These are some of the foods with the trendy colour of Parisian as well as Croatian catwalks. Make them a part of your diet as much as possible, especially now when
L. Rađa