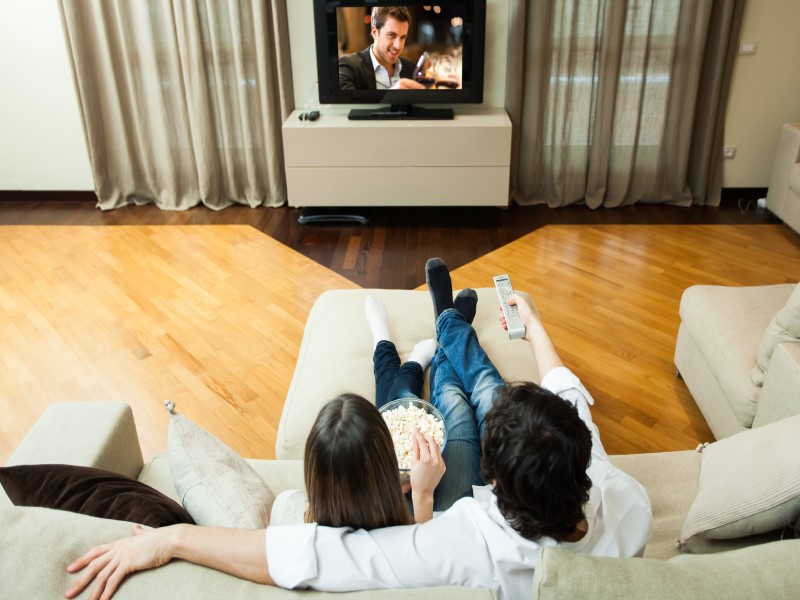 At times, the only thing you can do on a rainy day is to sit comfortably on your sofa, under your favorite blanky, preferably with somebody you enjoy spending time with, munching on popcorn while watching a good movie.

Architecture and movies have always had a special kind of bond. Architecture usually serves as a backdrop to many dramatic events, filled with laughter, tears, grand romantic gestures, breakups, reunions… As a kind of visage of society and specific era, it is an integral element of numerous movies.

Just take a look at Sci-Fi movies and fictional cities and technologies they feature which have more often than not served as an inspiration for projects and structures we have today. Still, architecture in the true meaning of the word, rarely had the leading role. The reasoning behind this is that the process which starts with an idea in some architect’s/designer’s head and leads to its implementation isn’t as dynamic, and can’t compete with all those action packed scenes of explosions, car races or unpredictable interpersonal relationships. On the other hand, an architect as a protagonist of a movie, and a real person that goes through a lot of things over the course of years, as everyone else does, is a more common scenario.

For those of you who want to sit back and relax while watching a movie with interesting examples of architecture, here’s a list of different movie genres.

1. Roman Holiday
A classic. Audrey Hepburn and Gregory Peck. If you’re waiting to hear more info, this is a light and entertaining romantic comedy set in 1950s Rome. You’ll spend an unforgettable evening in the company of a silly heiress who decided to explore the beauties of the Eternal City, and enjoy the amazing scenery and locations only Rome can offer.

2. Diamonds Are Forever
This one is for all the action movie lovers out there, especially the ones featuring the world-famous British spy. James Bond has become a synonym for all that is grandiose, exotic and dramatic which is how we can describe one of the movie locations – the Elrod House. FYI, it was designed by John Lautner, an architect and student of the well-known Frank Lloyd Wright.

3. 3. Star Wars
This is an epic Sci-Fi franchise in 6 sequels. It depicts a story about the battle of good vs. evil, set in a galaxy far far away. For those of you who’re not Star Wars buffs, the first three sequels were produced more recently but no matter which one you watch, get ready for some interesting examples of architecture that, at some point, inspired many architects living today (check out House of Music by Rem Koolhaas and sandcrawlers).

4. Sleeper
What we have here is an American Sci-Fi comedy with elements of parody. This movie brought Woody Allen to the forefront as one of the best American actors and directors of comedy. It was shot at various locations, one of which is the Sculptured House by Charles Deaton which was, during the construction process, considered to be ahead of its time.
Decide for yourselves if you’re curious to see the adventures of an ex jazz musician turn robot.

5. Midnight in Paris
Owen Wilson is an enthusiastic writer who is on a holiday in Paris, together with his fiancée. This movie is full of enchanting shots of the streets of Paris, buildings which will leave you breathless once you join him on his nocturnal roamings when he meets some interesting people… Has Paris ever let you down?

6. Sleepless in Seattle
And last but not least, we bring you another romantic comedy with Tom Hanks and Meg Ryan in the leading roles. Their love story takes you to New York on Valentine’s Day, or to be more accurate, to the top of the impressive Empire State Building.

Plači iz duše…
When is the right time to decant wine?