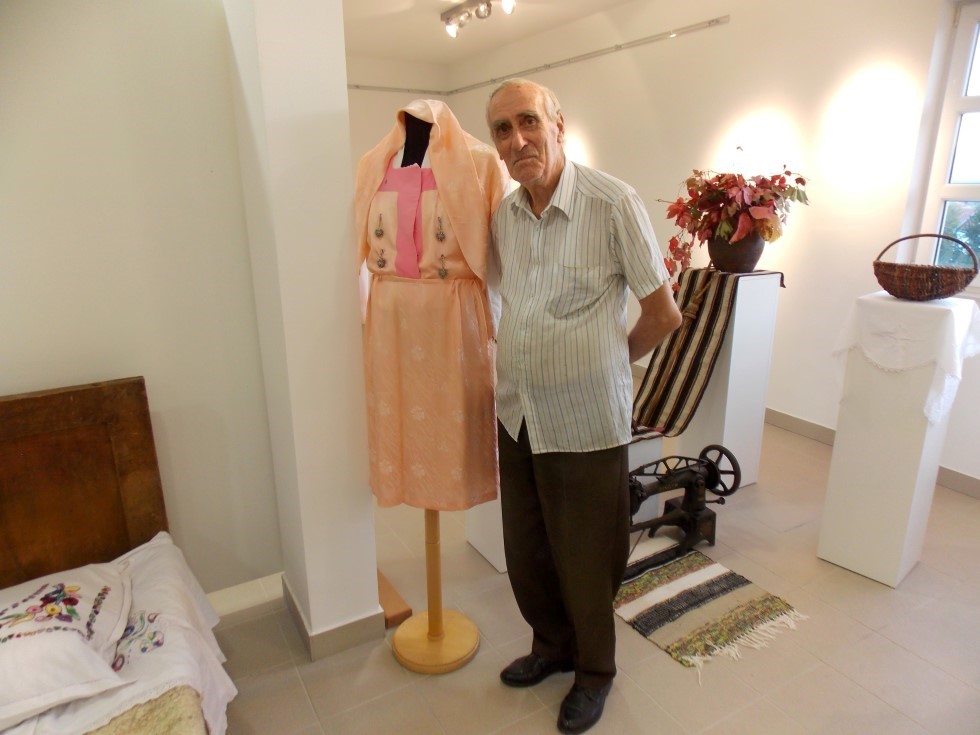 Branko Šegović, born in Split, a well-known choreographer and etnochoreologist, pedagogue, athlete and polyglot celebrates an important jubilee – no less than 80 years of life dedicated to dance. That many years have passed since he made his first dance steps and realized he is on the path of his true love. It is important to emphasize that he has, among many other things, also received a Life Achievement Award of Split-Dalmatia County. Mr Šegović is a longtime associate of Cultural and Artistic Association “Dalmatia” in Dugi Rat that will soon celebrate the 50th anniversary of their establishment and successful work. This cooperation is an example of his immense contribution to the preservation of cultural heritage through research of traditional folk dances from the entire territory of Croatia, including choreography design and staging. Indeed, there is no CAA in Dalmatia or Croatia too where Mr Branko did not participate in some way, whether by professional advice, participation in choreography through dances, events or other artistic performances.
We are glad that Mr Šegović, although 92 years old is still vital, chatty, interesting and quite poetic. We have met him at a recent promotion and presentation of etno, cultural and folk heritage in Cetina region and here is what he said to us:

Interviewer: Mr Branko Šegović is primarily an etnochoreologist. Please, tell us what does this term stand for?
Mr Šegović: Etnochoreologist is actually a collector, a collector of all that has the ethnic note, something that belongs to folk people, something folk people have created, create, and will create in future.
Interviewer: Does this mean you have been collecting this for years now?
Mr Šegović: Yes, absolutely. More than 60 – 70 years I’ve been collecting this.
Interviewer:Then you are a true little encyclopedia of ethnic items in Croatia.
Mr Šegović: Well, I don’t want to put myself on some pedestal, but I believe I significantly contributed to Croatian folklore and was even awarded for my work, on a national and international level too.
Interviewer: Nice, nice. How do you feel now?
Mr Šegović: Great! I am 92 years, but I feel excellent.
Interviewer: Do you still visit different manifestations and participate in some perhaps?
Mr Šegović: Absolutely. I get invited to all sorts of events all the time in my country, but abroad as well, and wherever I can go, I go.
Interviewer: Different institutions, associations, individuals, all still seeking for your advice? What kind of advice do they mostly look for?
Mr Šegović: Absolutely. Well, it depends. For instance, some want to know more about a particular type of dance, origin of some folk costume, most distinctive features of a certain folk costume, music (songs) typical in some area, old instruments vs. new instruments, etc.
Interviewer: Are you are happy when people come to you asking for an advice?
Mr Šegović: Yes, I’m glad for that since this is in a way a demonstration of an appreciation of my work, something I’ve been doing the whole my life and something I’ve became expert in.
Interviewer: In addition to creating new artistic moments, preserving thus the cultural heritage, you also write?
Mr Šegović: Yes, of course. For example, when I need to create a choreography for some folk dance, I firstly put my ideas on paper. You see, I attained formal education in Croatia but abroad also and through experience I’ve found my own ways of coping with different tasks.
Interviewer: Is there something you particularly like doing?
Mr Šegović: I can’t tell you. I actually like everything. The music and folk costumes, dance, everything.
Interviewer: You must remember for example the show Ero from the other world (Ero s onoga svijeta) or a meeting at Grab, Split, Dubrovnik
Mr Šegović: Yes, now when you are mentioning Ero… I’ve met personally the author of this work – Jakov Gotovac. He and his son supported me in my work, especially when they realized how good choreography I made. It was performed in Croatia, but abroad too, like in Japan.
Interviewer: Surely, this is a true expression of an appreciation, isn’t it?
Mr Šegović: Yes, and I enjoy it.
Interviewer: May I ask you is there another artistic desire you wish to accomplish?
Mr Šegović: Not really, I simply want to preserve our heritage right. Unfortunately, I’m the oldest one in this, and individuals who seriously want to tackle this matter, need to pay more attention to their education.

Let’s just add that Branko Šegović has traveled almost all around the world, raised and educated numerous young people, instructed cultural dancing and dance tradition, and has staged many dances and choreographies on all the continents.
We would like to thank him for his work, for different choreographies he designed, prepared and staged making them a part of rich history of dance.