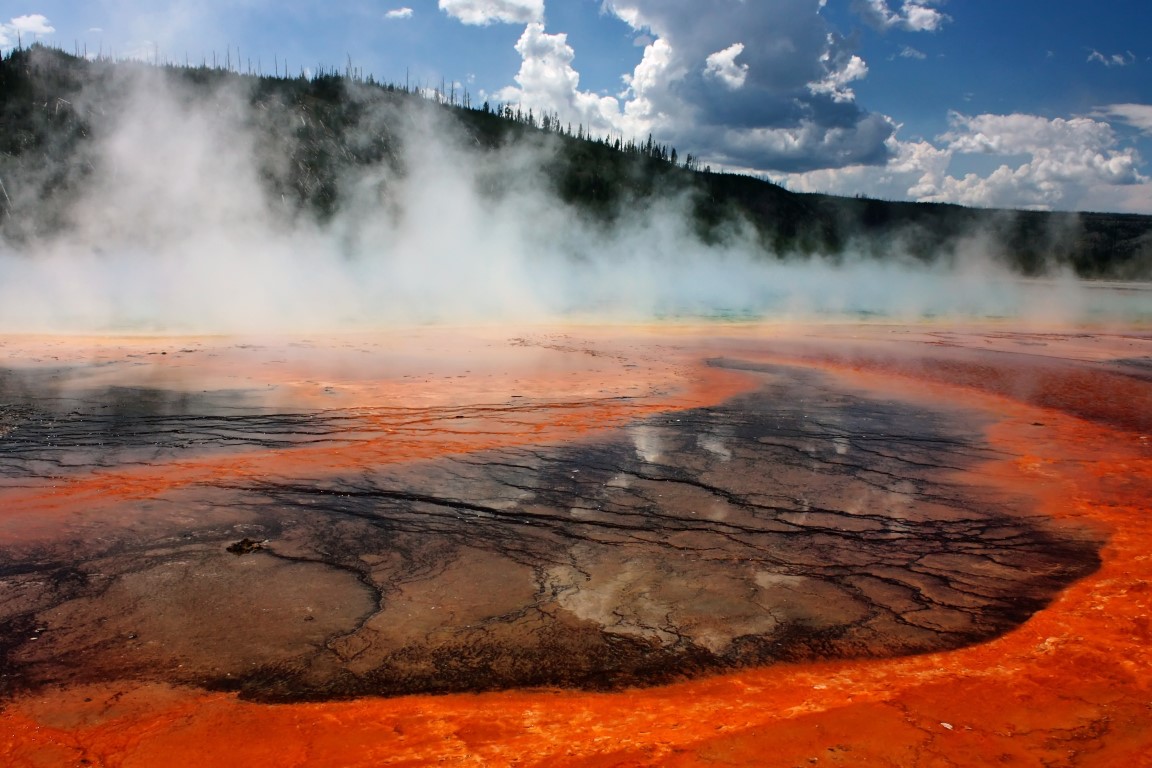 The Yellowstone National Park is home to the Yellowstone caldera which, according to the experts, measures 55 by 72 km (34 by 45 mi). As of 2005, this caldera has received another name – supervolcano.

The NASA experts have found that under Yellowstone, that is, 8000 meters (4 miles) below it, lies the largest magma chamber. Full of magma and gas that is under pressure, this chamber slowly pushes the caldera level up. Hot springs and geysers, spreading throughout Yellowstone, are none other than cracks which serve as ”breathing tubes” for this supervolcano, and reduce the pressure. There are records that prove this area experiences between 1000 and 2000 earthquakes a year.

Moreover, caldera is a geologic feature which is usually formed by the collapse of land following a volcanic eruption. Some can be filled with water so they form crater lakes. As for the origin of the word, it comes from the Spanish language – ‘caldera’ means ‘cooking pot’.