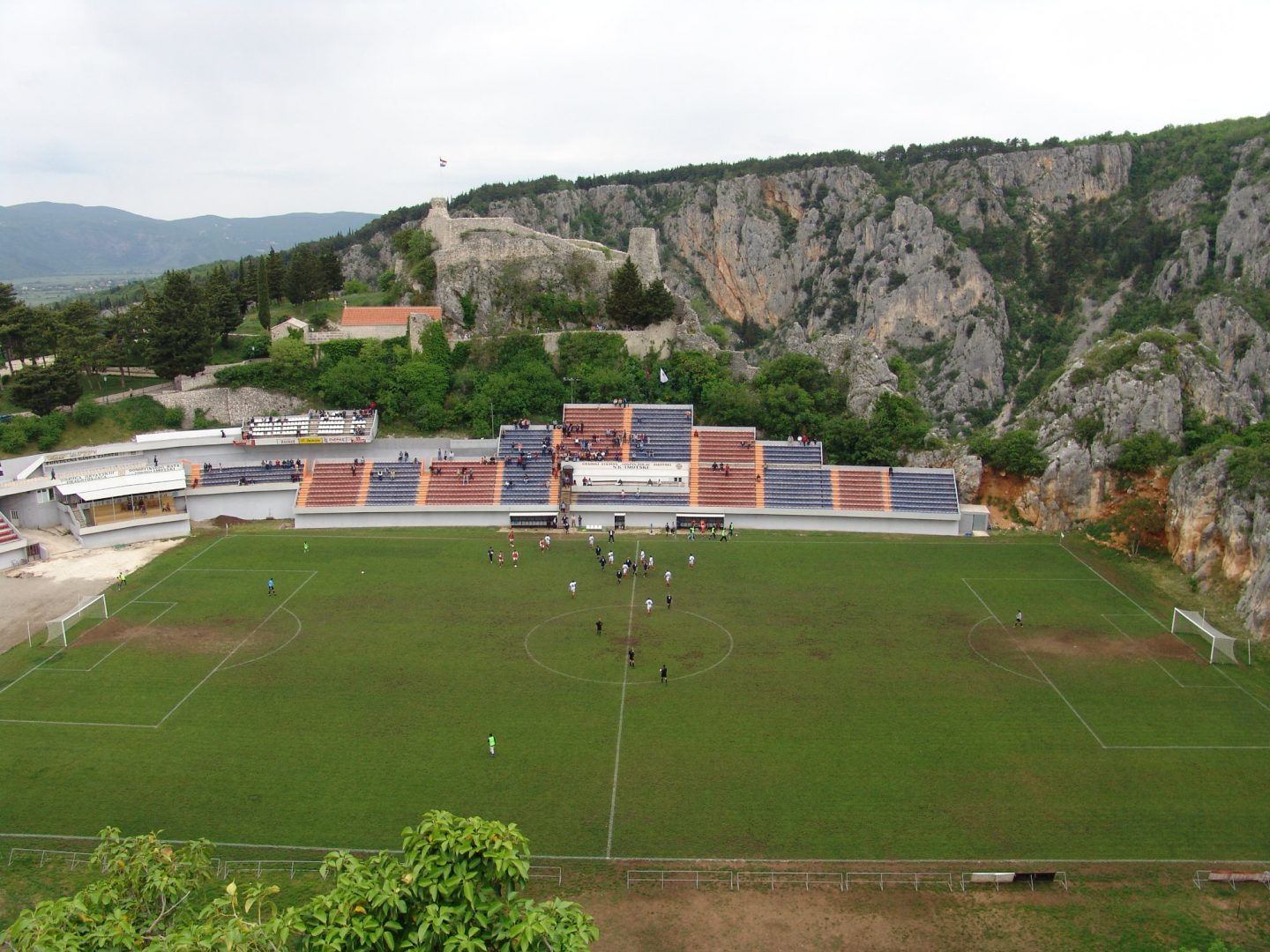 The respectable website thisblogrules.com has listed Town stadium Gospin dolac from Imotski among the most unusual and the most beautiful stadiums in the world, the only one from Croatia. The list included many nice stadiums, some of which are supreme architectonic solutions, but also stadiums interesting for their beautiful natural setting. Website visitors’ comments have placed Gospin dolac at the very top of the most beautiful stadiums. Another renown website also brings a list and photographs of the ten most unusual football stadiums in the world. Here we find Gospin dolac, but also a football stadium of NK Trogir at Batarija. In explanation, authors provide data on the stadium from Imotski stating it is built in 1989 with a capacity of about 4 thousand seats, situated right next to 500 m deep yawn which contains gorgeous lake. On its eastern side lies an Illyrian fortress making this complex even more unusual and magical. And so Gospin dolac from Imotski became one of the most famous football stadiums in the world. In addition to natural beauties of Blue and Red Lake, this could be a tourist attraction not just of Imotska krajina, but Croatian as well, and it should be included in promotional materials of Croatian National Tourist Board. If the world has recognized we have something unusual and beautiful to offer, why shouldn’t we be wise and present it in the way it deserves?
Anyway, town stadium Gospin dolac (named after votive church Lady of Angels/ Croatian: Gospe od Anđela, situated right next to the stadium) used to be a natural sinkhole. At the very bottom of this sinkhole was a fallow ground of 50 x 30 m in diameter where its owners used to plant vegetable crops. Only in 1974 sports agents made an initiative which consequently gave results and so commenced the preparations for the construction of a football field (land purchase, projects). The construction of the stadium started in 1976 and finished in 1987. One interesting fact about the complex regards the playground’s dam in its centre which is 43 m away from the initial lowest point of the sinkhole, meaning that the current playground dimensions have changed over the years by silting hundreds of cubic meters of dirt and rocks.

The whole beautiful setting of the lake is framed with high cliffs on its northern side, the Blue Lake on its north-west side and the old Illyrian fortress Topana on its west side.
Dear Terracon News readers, have a look at some picutres we prepared for you. However, the best way to witness the actual beauty of Gospin dolac is to come to Imotski and see it for yourself.