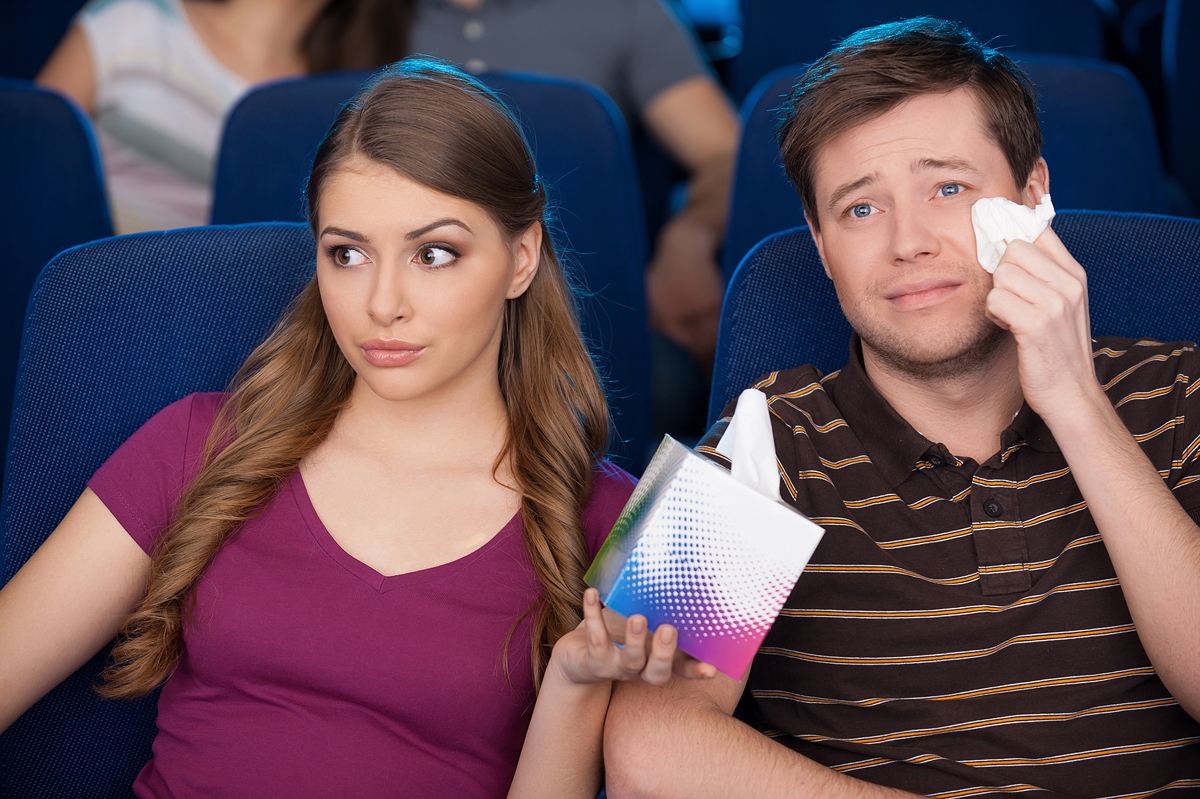 It’s official – not only women fall victim to hormonal influences that lead to sudden mood swings, irritability, outbursts of crying and many other ”splendid” symptoms related to the world famous PMS.

It’s been scientifically proven that men too go through PMS, that is known as the Irritable Male Syndrome (IMS). It is characterized by a sudden decline in testosterone, the principal male sex hormone. So just like women, men who go through IMS suffer from behavioral changes when their testosterone level drops.

IMS is a syndrome which gives men the opportunity to reboot, and take a break from the role they’ve been given. It also helps in reestablishing their male identity which is primarily patriarchal. Men are expected to be strong in any given situation, from hunting, aka seducing, to interacting with others on a daily basis.
Irrational anger, depression, weeping and irritability, these are all symptoms of IMS, and research has shown this syndrome can also be found in mammals, such as rams, elephants, and hamsters.
For instance, the testosterone level of a ram breed which has long, curved horns rises every fall with the start of the breeding season, and drops in the winter which is why the interest in preserving their breed suddenly dissipates. High testosterone level usually means enhanced aggressiveness but it’s different with these animals; low testosterone level makes them feel nervous and withdrawn. Of course, this doesn’t necessarily mean people are the same way, but some parallels can be drawn. People, in this case men, don’t have a set reproduction time. But as much as they try to fit in with the society, and its existing rules and latest trends, they can’t escape their innate programming.
Men with offspring are more prone to IMS because their testosterone level is declining which in turn affects their emotions. Hormonal changes can manifest themselves due to other reasons, such as the tick-tock of their biological clock when they realize their bodies can’t handle physical exertion like they used to.

You’ve probably heard how ”big boys don’t cry”, right? Well, surveys have shown that men from northern countries who have a reputation of being ”badass” are actually the biggest wimps. You see, most of them admit that the last time they cried was on the day they took the said survey, and that a tear of two has been known to appear while listening to love songs.

Times have obviously changed, men wax their bodies now, spend more and more time in the bathroom, the number of their partner’s favorite beauty salon is on their speed dial, and the sight of a face cream makes them smile. Once upon a time, men crying would be a betrayal of manhood whereas now they’re not saving their tears, that’s for sure. Just take a look at all the men who cry after losing a match or something…
So, it’s time for you to meet the modern man. Are you ready? He’s emotional, focused and in touch with his feminine side. And you’ve guessed it – PMS, sorry IMS, is also part of the package.