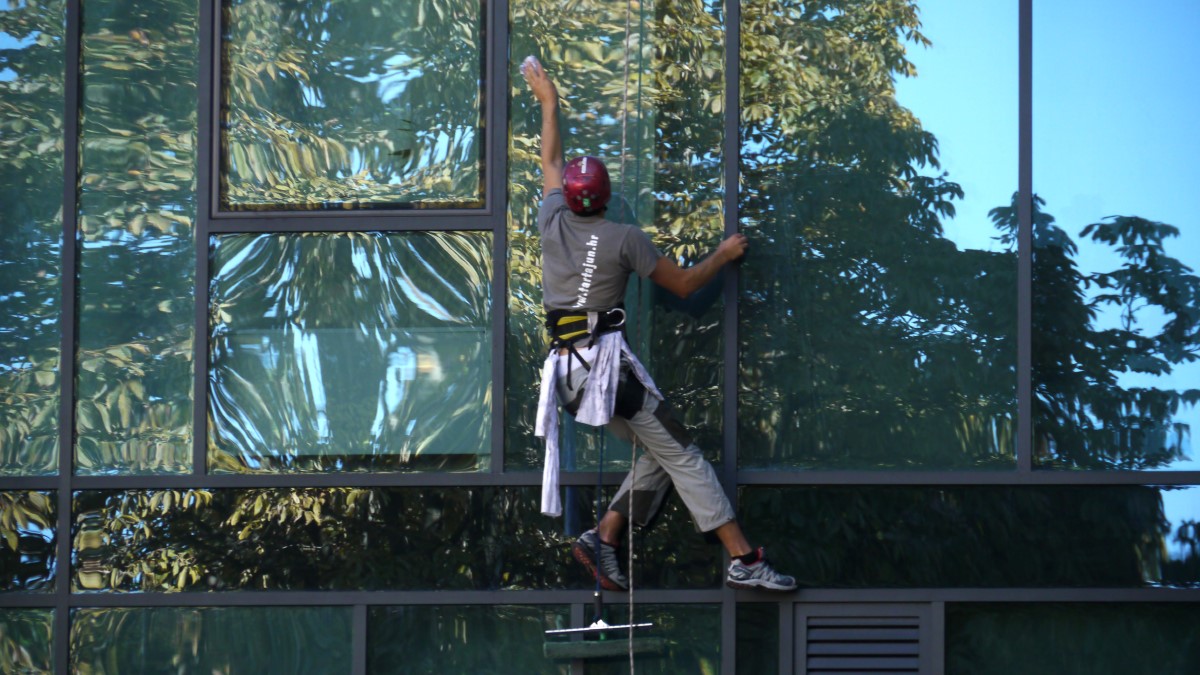 Window cleaner may denote a person of an adventurous spirit or he is perhaps a sport climber, mountaineer. But these photos were taken in Split and show a window cleaner professionally doing his job on one of the numerous architectural landmarks in Split. With no visible safety equipment, but with much bravery in his movements, moving on the building’s frontal side as a spider-man leaving passers-by breathless as he performs his duty with such an ease… A work which transcends the abilities of an average man.
D. Šabić