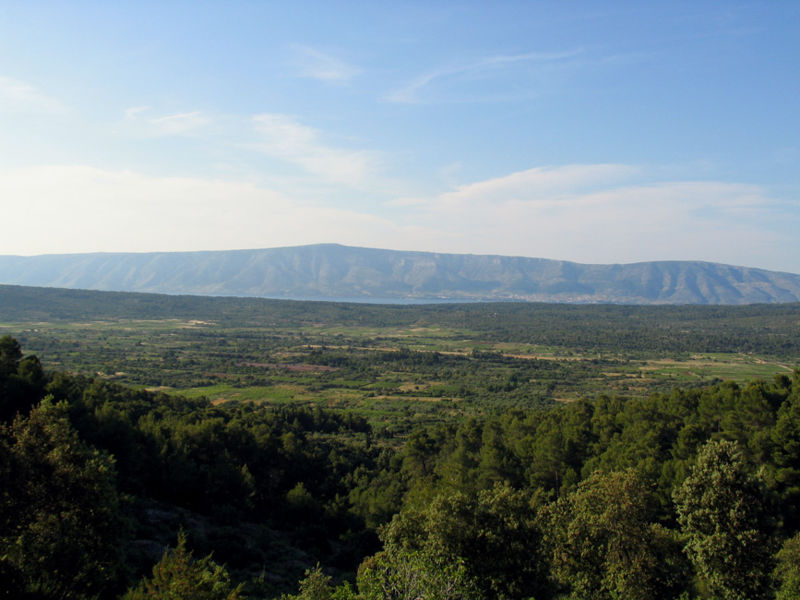 Stari Grad Plain is the largest and the most fertile field on the Adriatic islands. It stretches 6 km to the east to Vrboska, while picturesque villages Dol and Vrbanj surround it on the southern slopes. This landscape emerged as a result of a thousand-year-old human endeavours which attempted (and succeeded) to preserve the ancient system of land division and trims since it was first colonized by Ionian Greeks from Paros. Some hold it is the best example of such cultural landscape in the world so it is not surprising it has been listed as a UNESCO World Heritage Site in July 2008. The landscape is featured by plots divided with ancient stone dry walls and trims, a lot of them having the remnants of outbuildings – to so called rustic villas. One of the best explored is Kupinovik bellow Dol, whilst the easiest access of all Greek guard-houses has the one situated on the Maslinovik hill above Dračevica – the only source of water in the field.
It is interesting that in spite of centuries-long turbulent history and multiple divisions of the filed that took place later on, Stari Grad Plain yet bears testimony to the ancient geometrical system of land division used by the ancient Greeks 2400 years ago, a system that has remained practically intact, presenting a true masterpiece of Greek culture in the Mediterranean. Moreover, Stari Grad Plain contains over 120 archaeological sites and is thus protected as an archaeological zone.