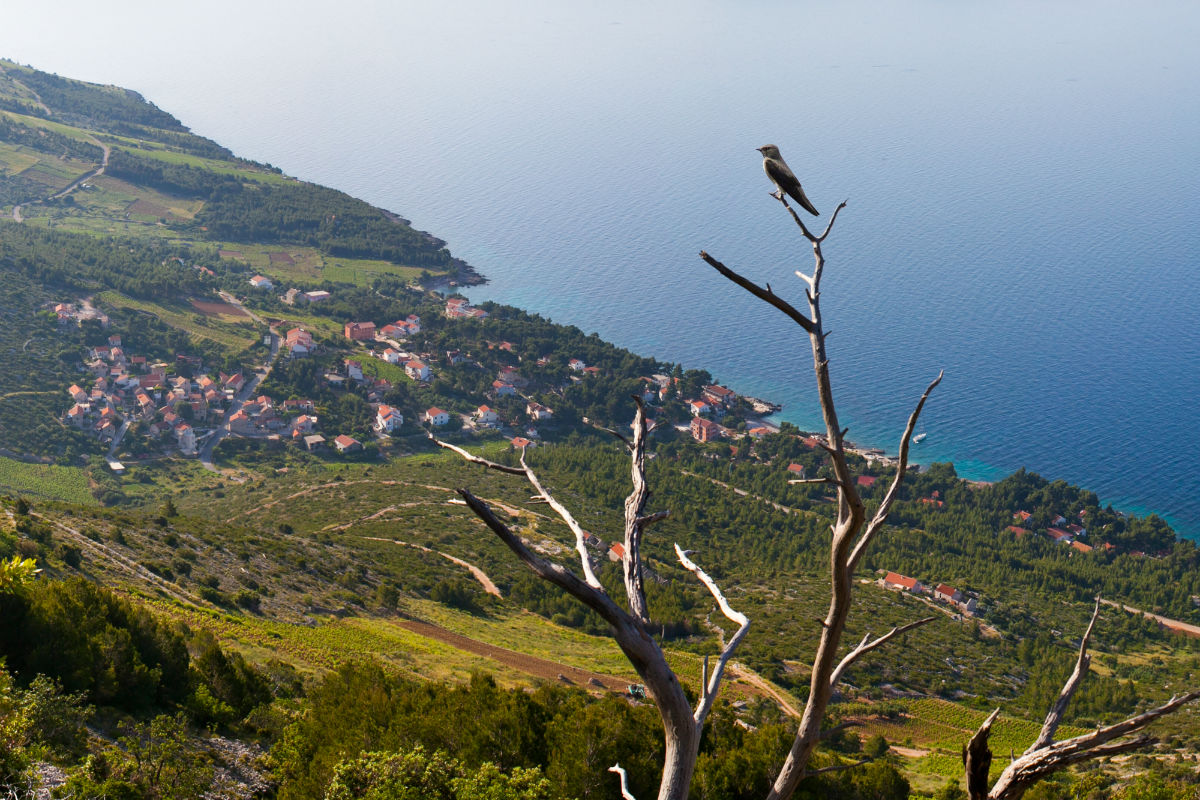 Ivan Dolac is a tourist village situated on the southern part of island Hvar called “Srednja plaža” (Middle Beach) by its residents. It is found right next to the settlements of Zavala and Sv. Nedjelja. The first records date back in the 15th century when at the beaches was a village called Zaca, but this name is now confined only to the eastern part of the coast, and the new name is Zavala, named after another part of the village Taja, where was a monastery raised before the 15th century. In 1606 the prince Tadija Kačić got for himself and his shore men a property in Zavala and Taja (the oldest hamlet of contemporary Ivan Dolac) and the ruins of his house are the outset of Ivan Dolac village.

This tourist village has a small church with an inscription from 1901 stating the grave fear resident people had because of phylloxera, a disease that destroyed not only vineyards but people’s economic safety as well. Nowadays, tourism is the main trade that enables local people to earn enough money to stay on this beautiful area of the island. Picturesque beeches definitively assist in the endeavours of the local people to turn this village into a significant recreational and tourist destination. The largest number of sunny hours in Croatia and steep wine bearing slopes of the southern part of island Hvar make an ideal wine grape growing region that produces high quality wines.

Apart from good wines, Ivan Dolac is also proud of its clean environment, with plenty of aromatic herbs and other Mediterranean plants too. This village also gives you the opportunity to enjoy breathtaking view on islet Šćedro and island Korčula, in addition to numerous charming pebble and sandy beaches, bays and capes that enable any guest to spend memorable times bathing in crystal clean sea and absorbing the tranquillity of the village, whether alone or in the company of a family or friends.
Therefore, come and enjoy premium wines and traditional dishes in a setting characterized by a typical Dalmatian architecture visible on every step across Ivan Dolac.