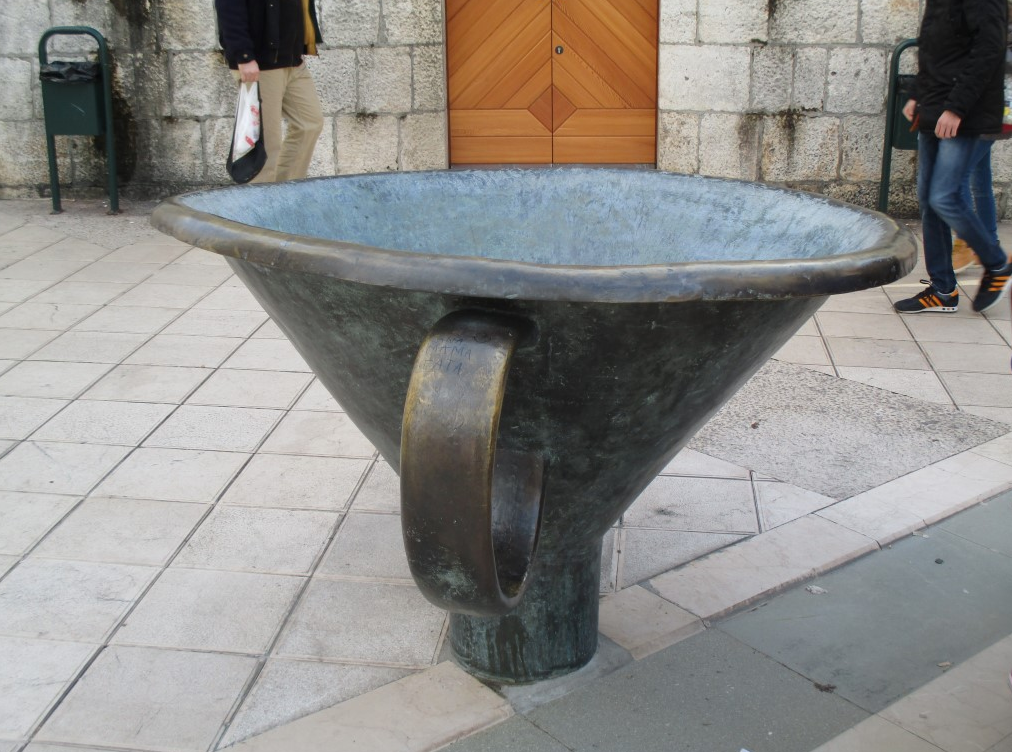 ”Pirja” or a funnel on the Marmontova Street in Split is a fountain by a well-known Croatian sculptor, Kažimir Hraste. It depicts a fisted hand with a thumb protruding between the index finger and middle finger, which is known as the ”figa” sign among the locals, and water aiming into the funnel.

This bronze sculpture was presented to the public in 1998, and since then, it has had several ”close” encounters with the citizens of Split which is why it had to be renovated on several occasions at an art foundry in Zagreb.

The popular Pirja Fountain catches the eye of every passerby in some way, cameras go off, videos are being recorded… All in all, it is a recognizable symbol of the Marmontova Street, as it should be. Still, there are those who would disagree… Luckily, they are in the minority.