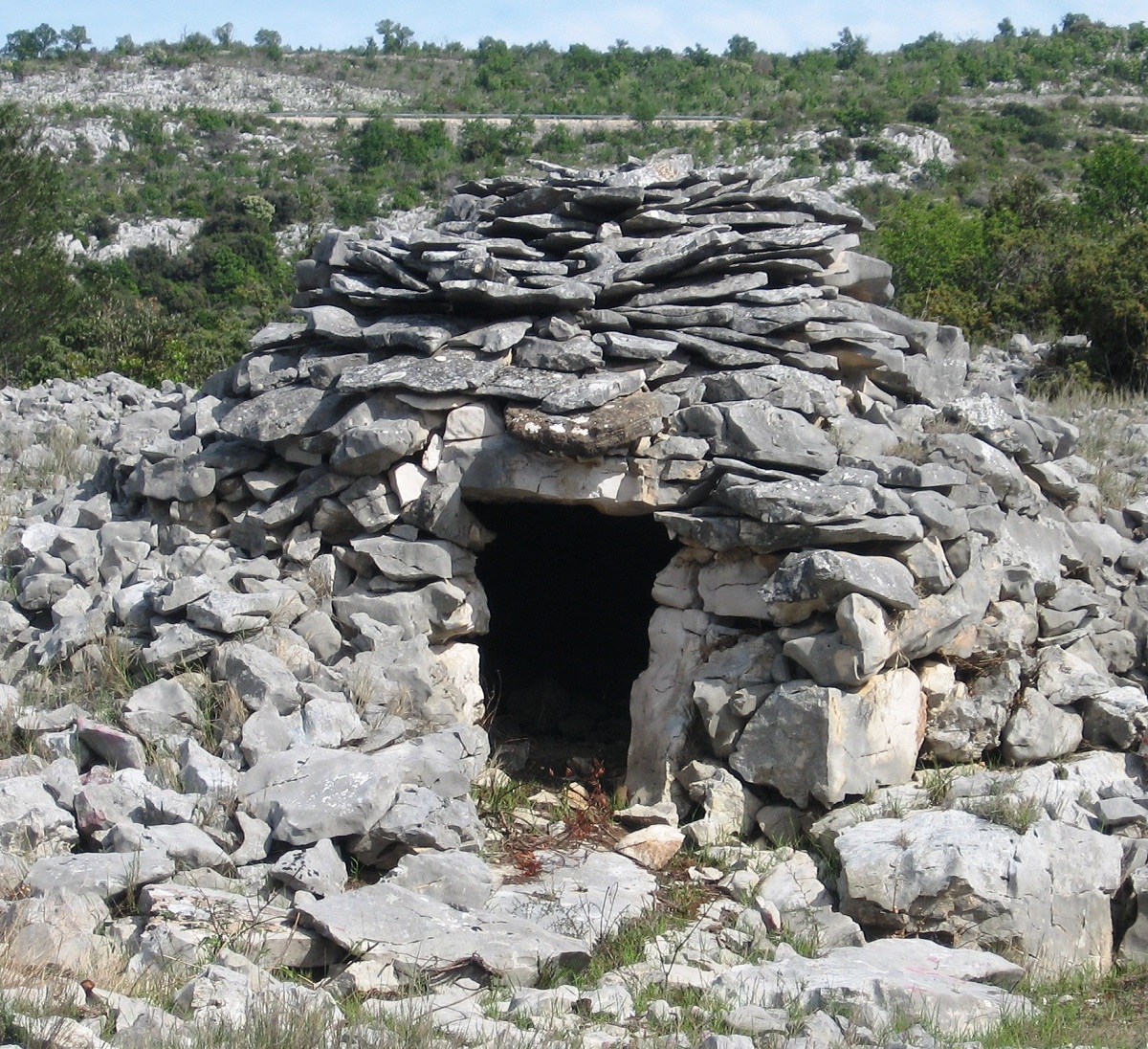 Precisely the area of Drniš is a destination point of many explorers and lovers in various forms of architecture.
Even though origins of our so-called bunje (‘small stone houses, huts’) are much older, experts agree most of them were built in the 19th century and in the first half of the 20th century. But what does this term really refer to? It is actually a stone object that was never intended to be used as a living place. Bunje were used only occasionally and served as a shelter mostly to peasants and shepherds in times of bad weather. Typical Croatian bunje are circular with a domed roof. There are several terms in Croatian language for bunja (kažuni, komarde, cemeri or hiške), all denoting round rural shelters, constructed by dry stone walling technique from natural stone with no windows. They are mostly found in Istria, but in other Croatian areas like the ones in the Drniš region, but some other parts of Mediterranean too. In the ancient history these huts were used as residence and later as a storage place for agricultural tools, and also as a shelter for the shepherds during rough weather, as it was already mentioned. Normally, bunje have no doors or windows, interior being reduced to a small room dominated by an open fireplace. Small, technically simple, entirely made of natural material, the bunje found in Drniš are the only form of architecture that has been ‘alive’ for centuries now and will live probably centuries more to come. In addition to these magnificent landmarks, other architectural symbols must not be neglected too, like dry stone walling technique, but that’s, however, another story.